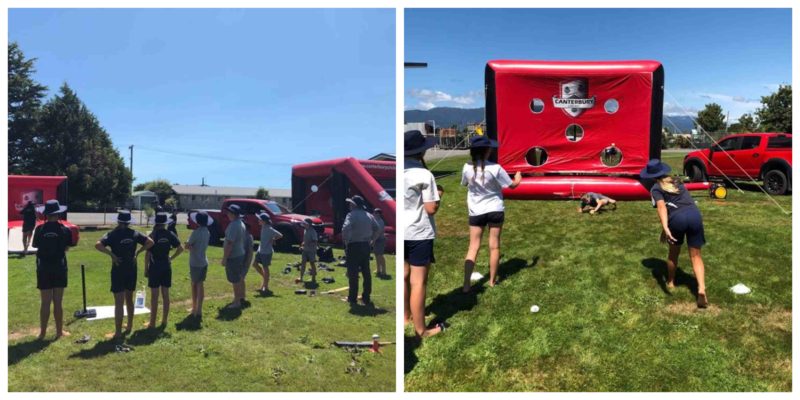 Candy brought plenty of treats. They included the Canterbury Cricket Association’s new inflatable catching mat and batting net, both of which were funded by the New Zealand Racing Board and cost about $18,000.

Candy said the bright red new resources would “absolutely” be back in Westport again. Her visit was to increase awareness and participation. “And grow our relationship with our districts.”

Cricket coach and St Canice’s teacher Barry Townrow said the Buller primary school cricket competition started yesterday and would run until the end of March. “Rachel’s visit is a great chance for the children to get some extra skill sessions in.”