VOTE FOR THE TEKAPO SPRINGS PERFORMANCE OF THE YEAR AWARD 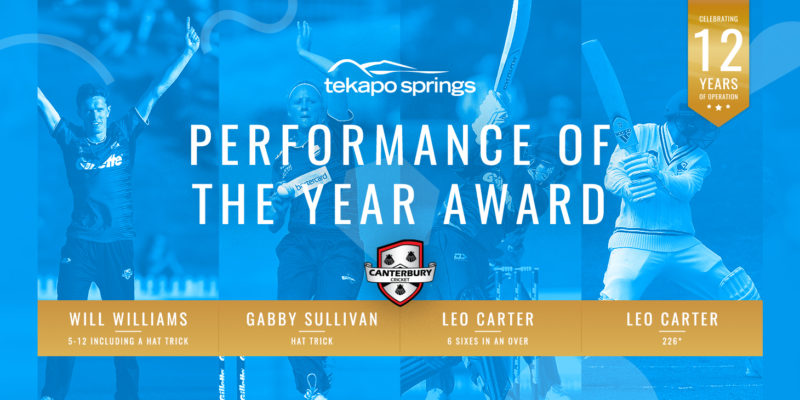 Voting is now open for “The Tekapo Springs Performance of the Year” award as voted by the fans.

This award provides an opportunity for the public to have their say on which Canterbury performance deserves honours.

Choose your “Performance of the Year” out of the four entries below and cast your vote here. 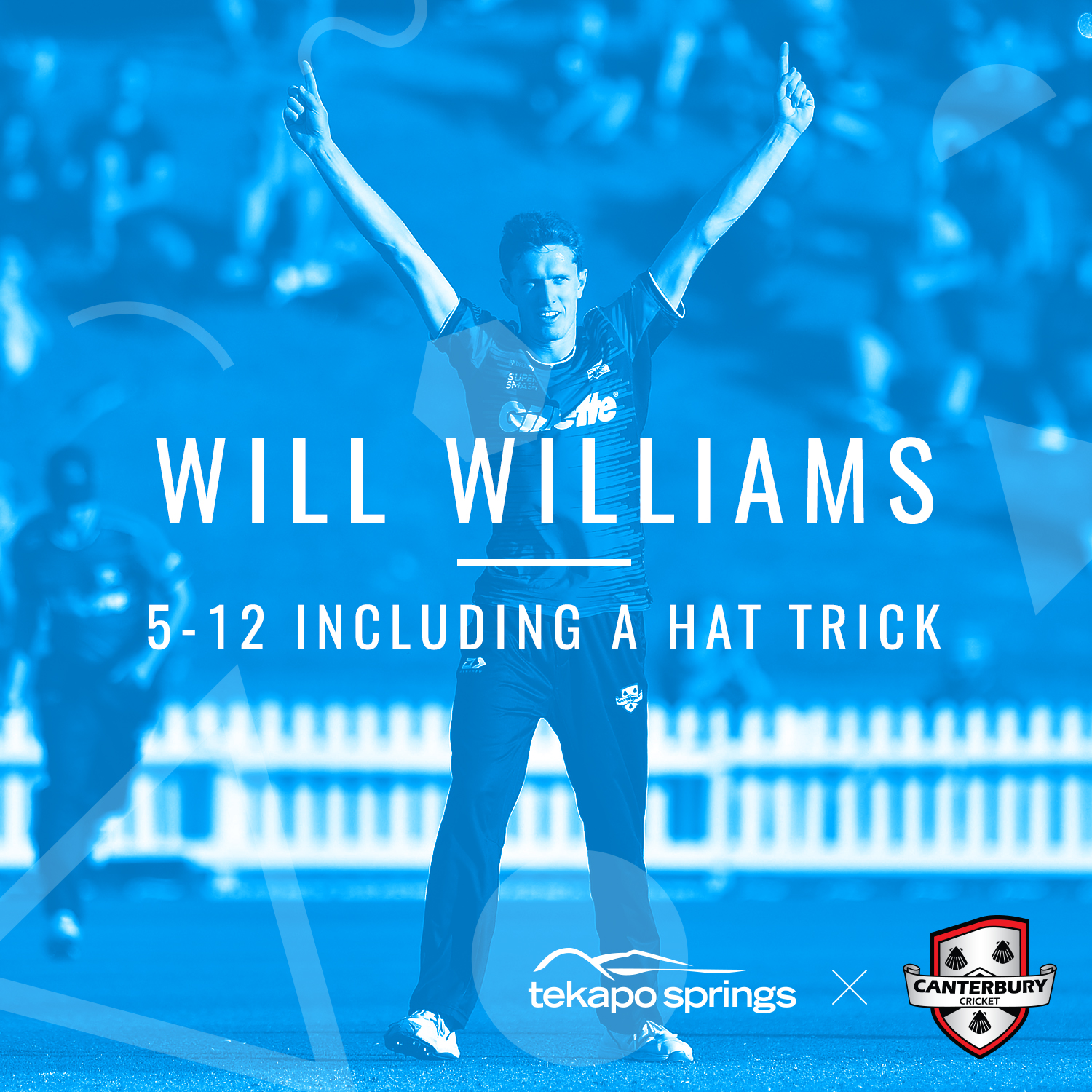 Canterbury KINGS bowler Will Williams took five late wickets including a dramatic hat-trick to snatch a memorable 3-run victory over the Wellington Firebirds at the Basin Reserve.

The Firebirds were well in control in their chase of 149 needing just 24 to win from 18 balls before Will Williams entered the attack.

He turned the match in spectacular fashion with a two-over spell. After taking a hat-trick in his first over, Williams closed out the match with wickets off the last two balls of the innings to finish with 5-12. 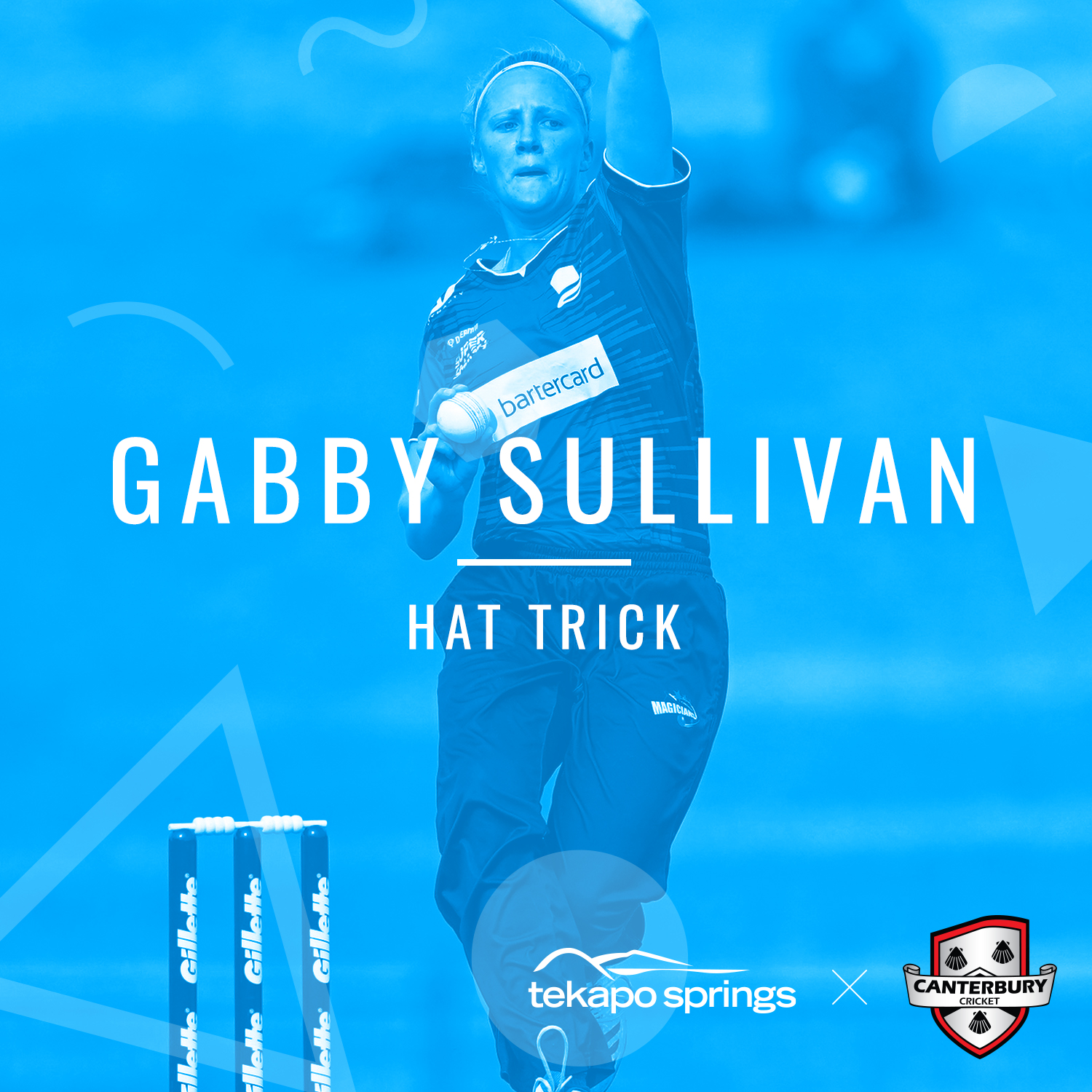 Canterbury MAGICIANS medium-pacer Gabby Sullivan showed her potential early on in the Super Smash season by snaring a memorable Hagley Oval Hat Trick – only the 3rd recorded in the history of the MAGICIANS.

The Blaze appeared to be cruising requiring a run a ball from the last four overs before a hat-trick by Sullivan brought the home crowd roaring to life and the game into the balance. 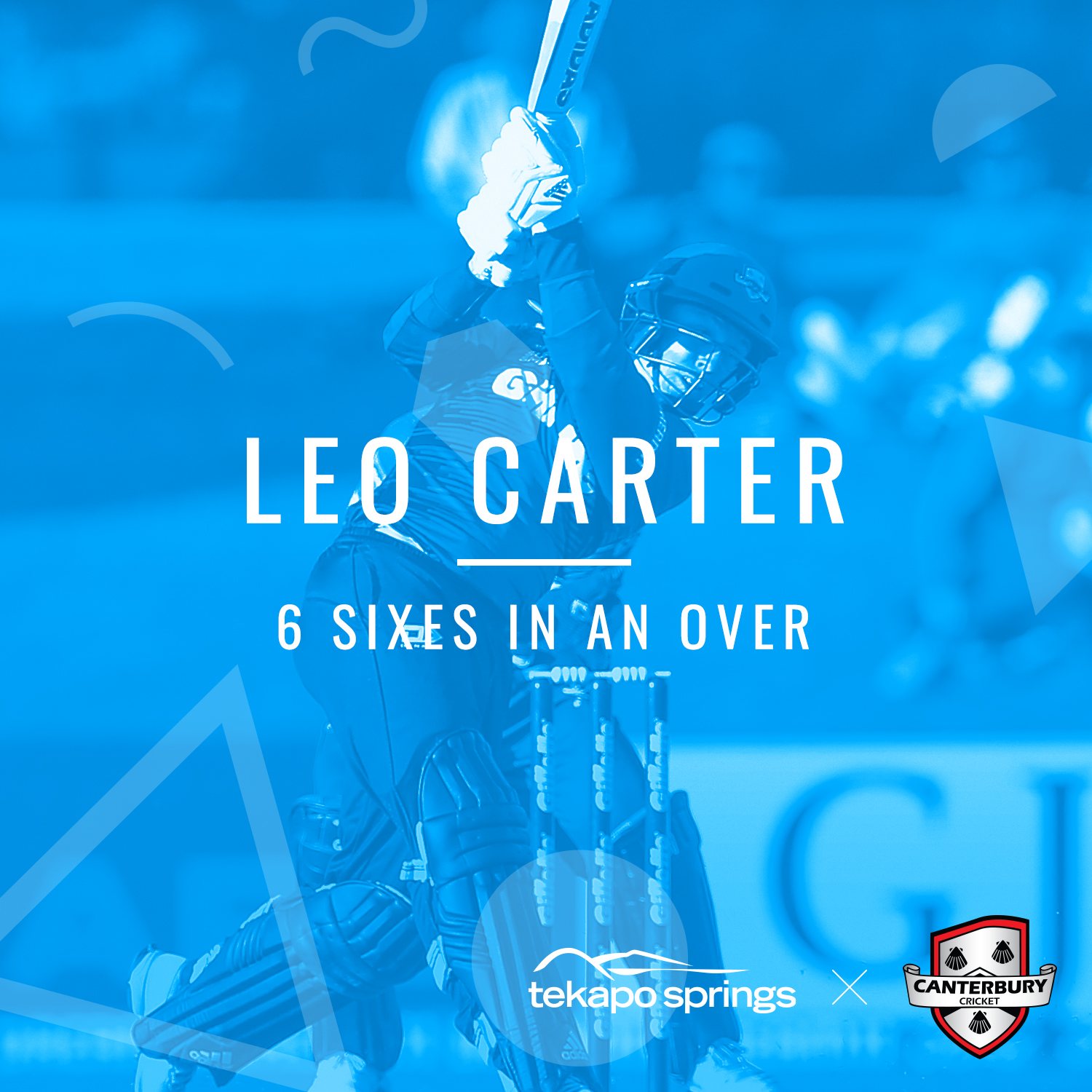 Canterbury KINGS batsman Leo Carter went into the history books after smashing a stunning six sixes in an over during his side’s Super Smash T20 match against the Knights at Hagley Oval.

The 25-year-old left-hander sent spinner Anton Devcich for the magical 36-run mark, as his stunning onslaught of 70 not out off just 29 balls (three fours, seven sixes) sent the hosts to an amazing seven-wicket win with seven balls to spare, chasing an imposing 220. 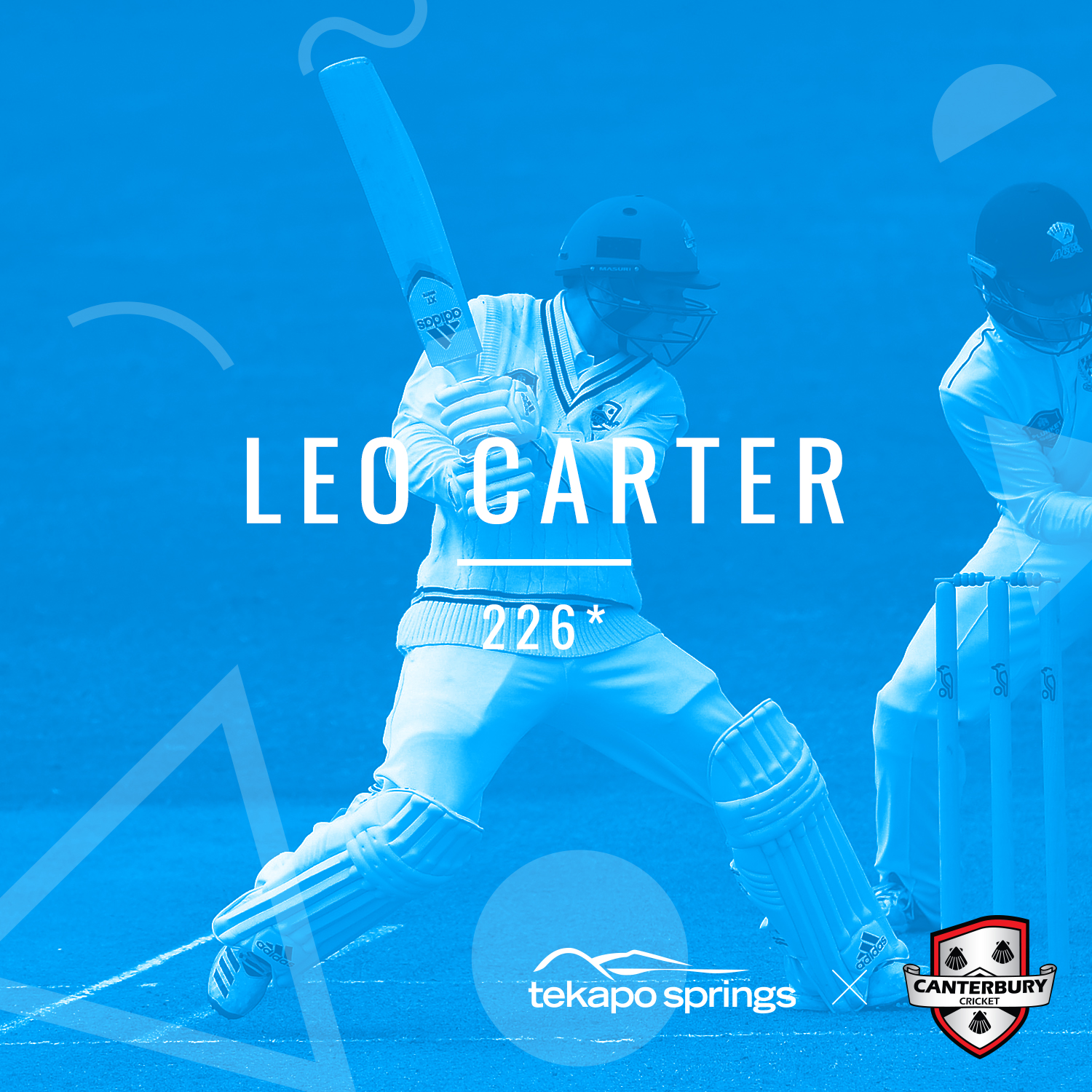 Canterbury batsman Leo Carter more than doubled his previous best of 101 with his epic knock, slamming 21 boundaries and three sixes in more than eight and a half hours of concentration.

Carter’s impressive feat was the seventh-highest first-class performance for Canterbury in its lengthy history, and, just two runs shy of surpassing Shanan Stewart’s 227 not out of the runfest 2009/10 summer.

VOTE FOR YOUR PERFORMANCE OF THE YEAR NOW