VOTE FOR THE SABELLE SUPPORTERS’ PERFORMANCE OF THE YEAR AWARD 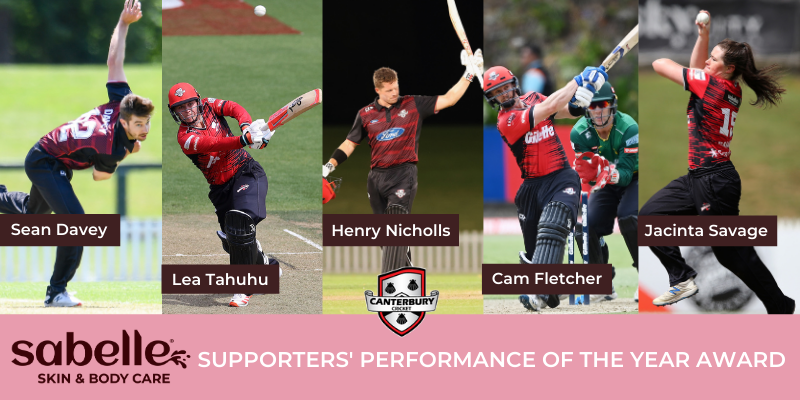 Voting is now open for “The Sabelle Supporters’ Performance of the Year” award as voted by you!

This award provides an opportunity for the public to have their say on which Canterbury performance deserves honours.

Everyone who votes will go in the draw to win a signed 2020/21 Super Smash shirt with their choice of name & number on the back (delivered in 2021/22 season).

Choose your “Performance of the Year” out of the five entries below and cast your vote here. 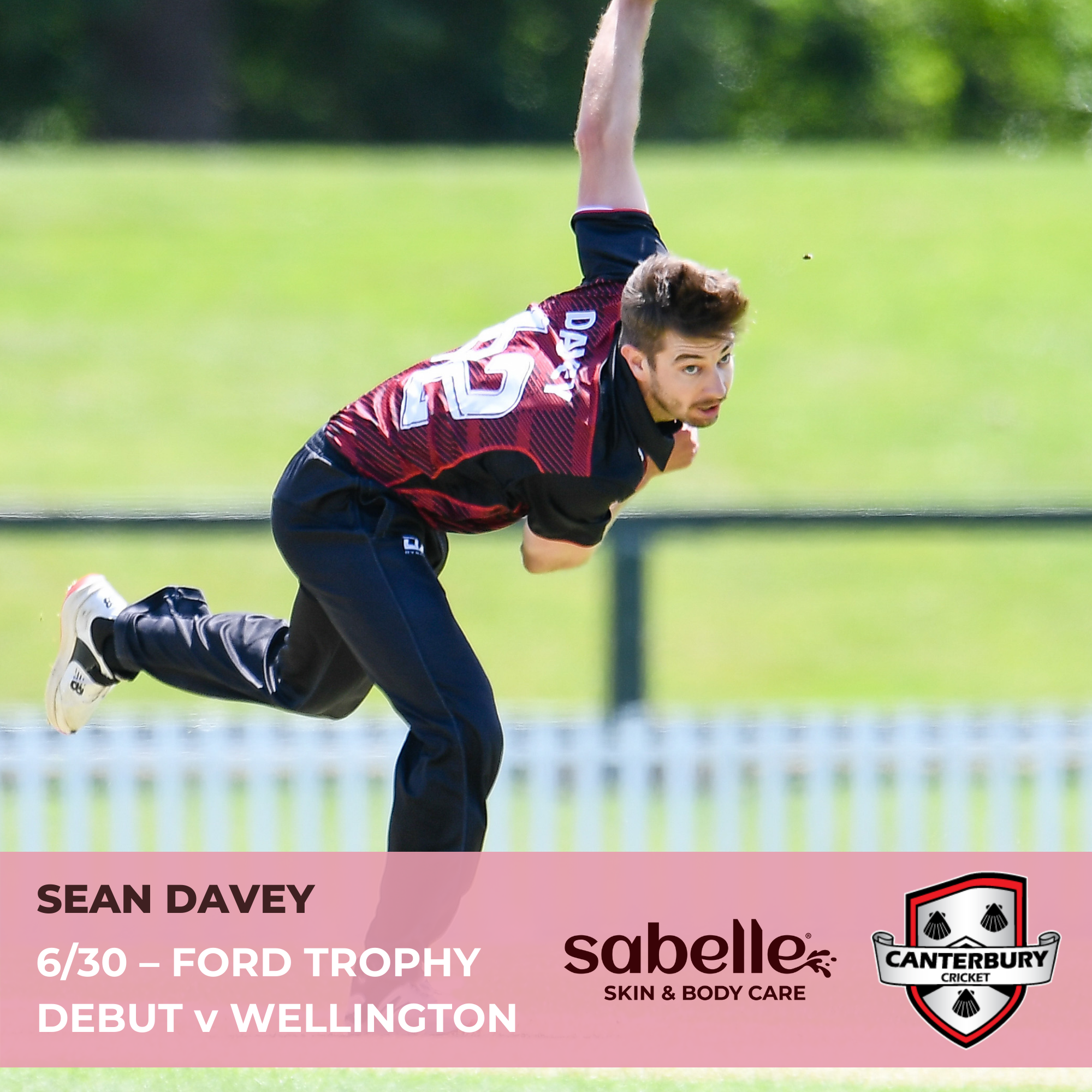 As far as dream cricket debuts go, Sean Davey couldn’t have scripted it much better.

The 27-year-old bowling all-rounder seized his opportunity in his Ford Trophy debut capturing 6-30 from 10 overs to lead Canterbury to a crushing seven-wicket victory over Wellington. 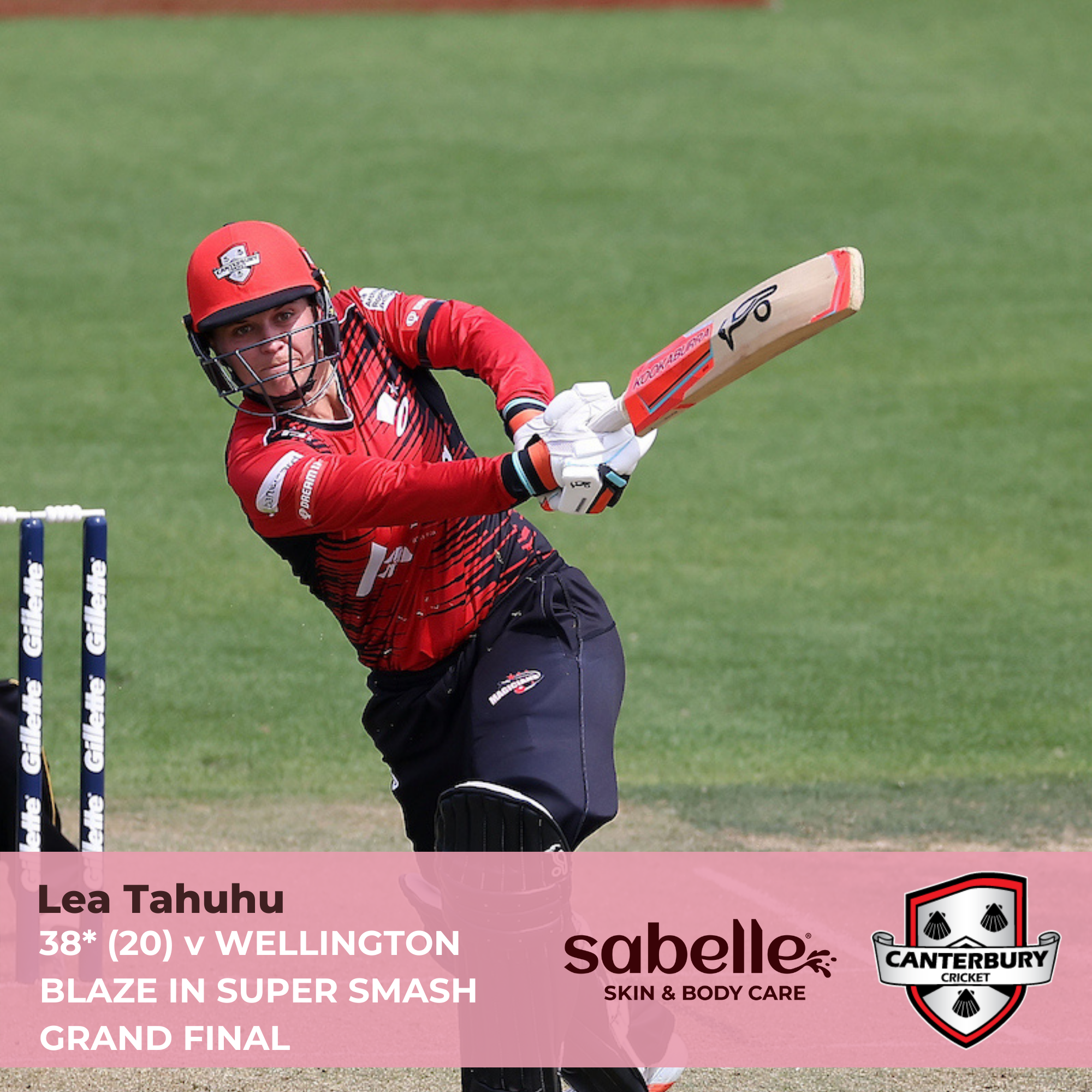 When Lea Tahuhu strode onto the Basin Reserve at #8 for Canterbury MAGICIANS, it’s fair to say hopes weren’t high in the visiting dressing room.

Tahuhu joined Ebrahim at 60/6 in the 14th over and powered 3 sixes and a four to see her side home in thrilling style as the Magicians won their first T20 title in 5 years. 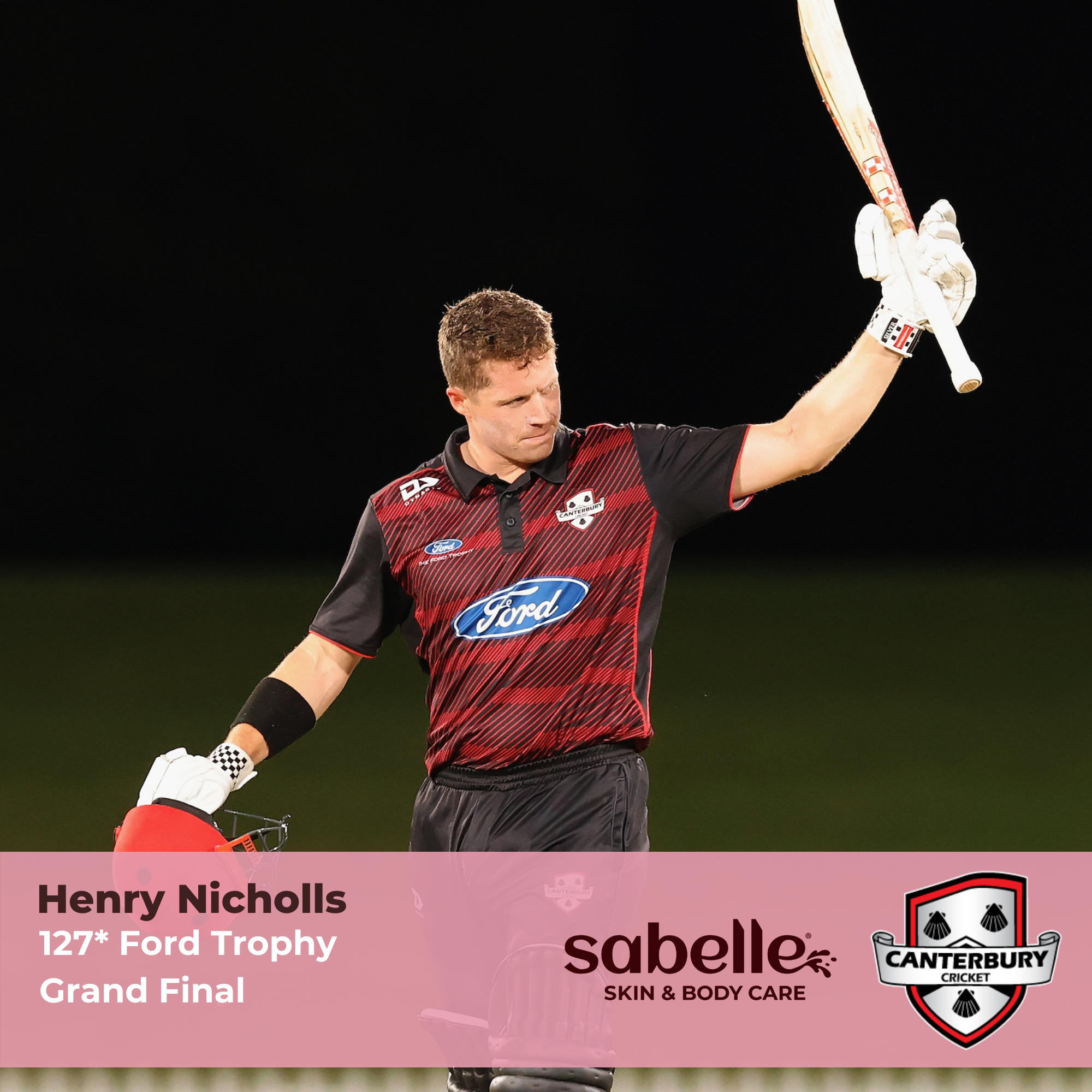 Henry Nicholls starred with the bat, notching an unbeaten century as Canterbury lifted the Ford Trophy for just the second time in 12 seasons.

The red and blacks outgunned Northern Districts at Hagley Oval in the domestic cricket one-day decider, chasing down 290 with ease, winning by eight wickets, with five overs to spare. 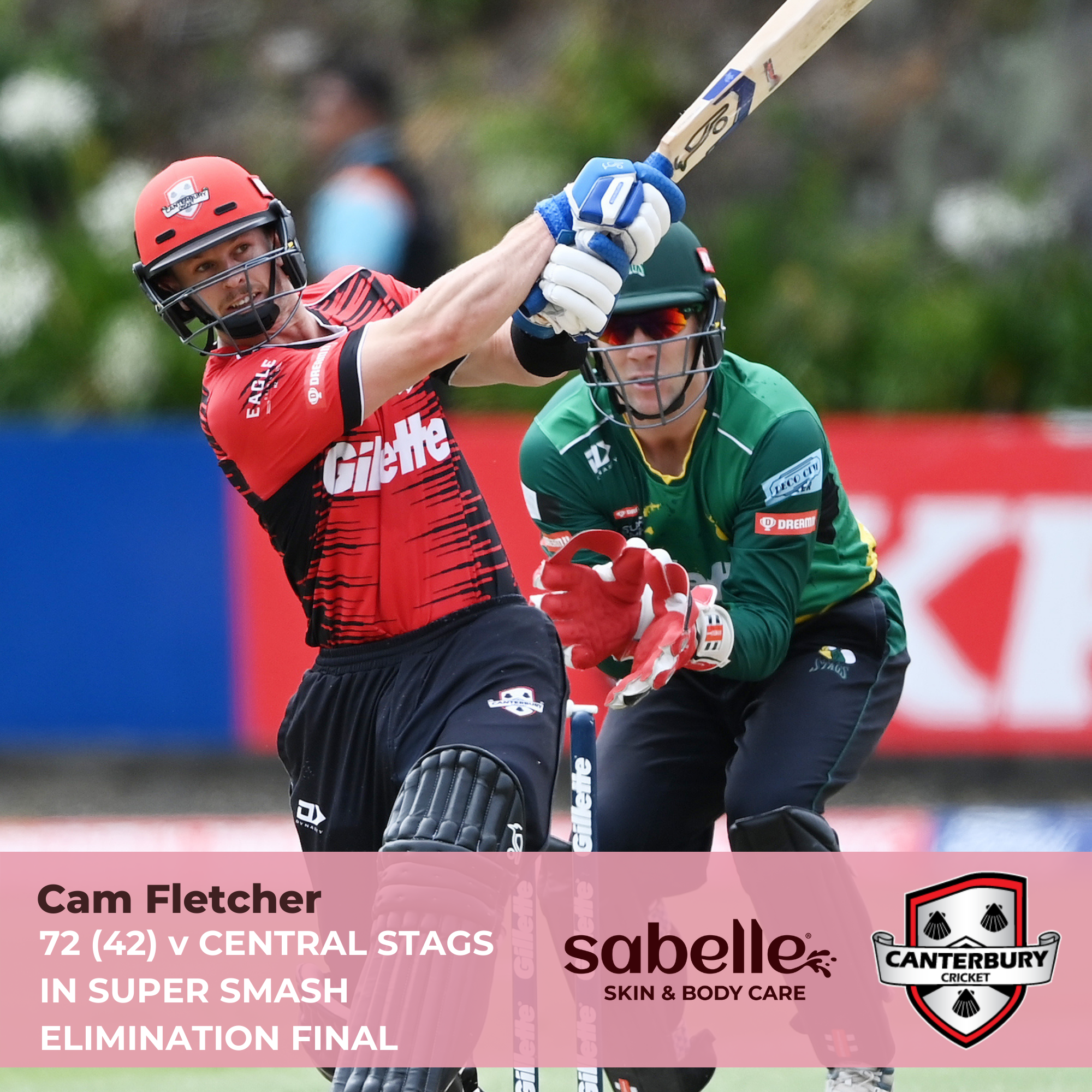 Canterbury wicketkeeper-batsman Cam Fletcher blasted his side into the Dream 11 Super Smash final with a match-winning knock against the Central Stags in the elimination final in Auckland.

He clobbered 72 from 42 balls to help the KINGS reach their first T20 final in 9 years. 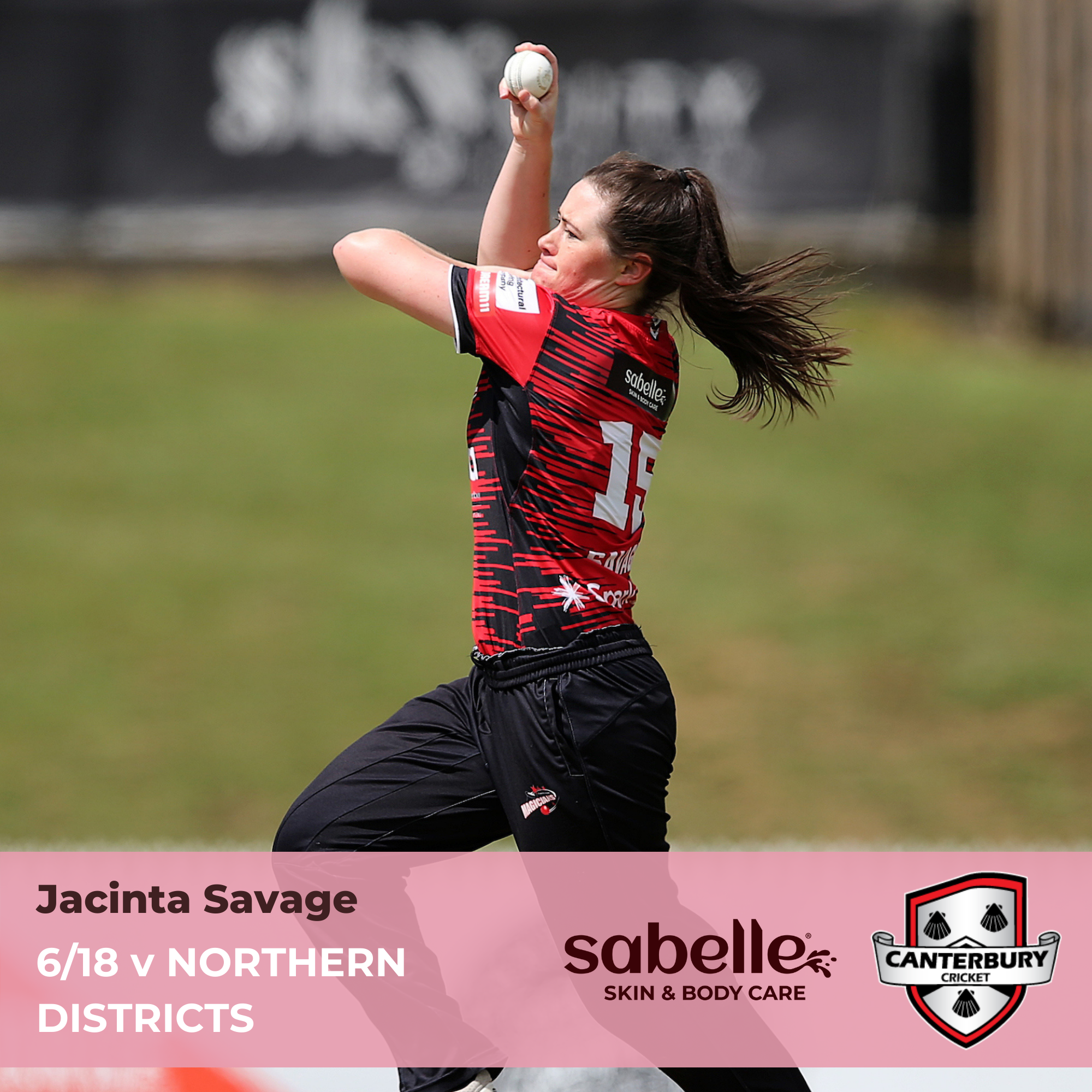 A career-best all-round performance from Jacinta Savage headlined Canterbury Magicians’ thumping 84-run win over Northern Districts in the third round of the Hallyburton Johnstone Shield at Cobham Oval.

*Signed shirt will be delivered next summer before the Super Smash season starts.