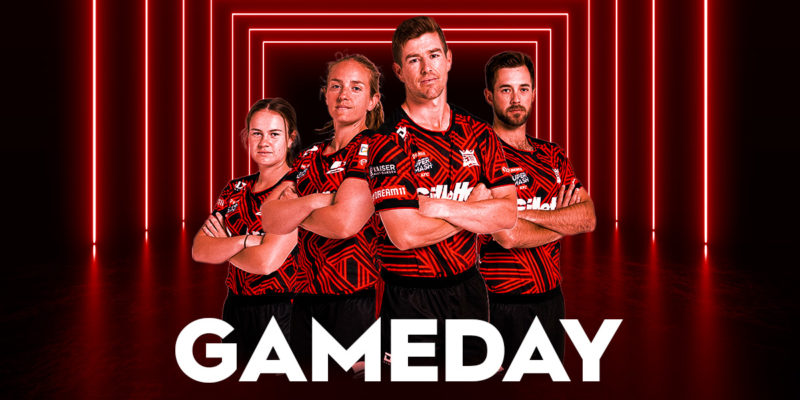 The Canterbury KINGS and MAGICIANS have named two potential T20 debutants to take on the Wellington Firebirds and Blaze in a repeat of last season’s finals in the Dream11 Super Smash 2021-2022 season opener.

Former New Zealand Under 19 rep Will O’Rourke is contending for his first Canterbury cap. The right arm seamer opened the bowing for Burnside West Christchurch University Cricket Club in the 2020-2021 season, taking their T20 campaign to the final.

The 20-year-old said, “It’s always a great time training and playing with these boys and having an opportunity to represent this team is always an honour.”

Canterbury MAGICIAN and former Under 19 New Zealand rep Abigale Gerken is named in the T20 side for the first time, coming off the back of her maiden List A century and half-century against the Otago Sparks in last weekend’s Hallyburton Johnstone Shield rounds.

MAGICIANS coach Rhys Morgan said it’s exciting to see the 19-year-old named in the squad. “There’s always excitement whenever there is a new batter on the scene around the country, and we have her.”

“It was really good to see her not only do well, but show on the field what we have already been seeing in training,” he said.

Experienced MAGICIANS Nat Cox and Jacinta Savage have been named as players to look out for this Dream11 Super Smash season.

“The most exciting thing about this competition is you’re seeing players really taking their game to a new level with more exposure, and Jacinta and Nat are two we’re really excited to see how far they’ve taken their game over the past 12 months,” Morgan said.

The double header contest takes place at Hagley Oval Friday 26th. Gates open at 2:30, with the MAGICIANS v Blaze starting at 3:10, and the KINGS v Firebirds at 6:40.