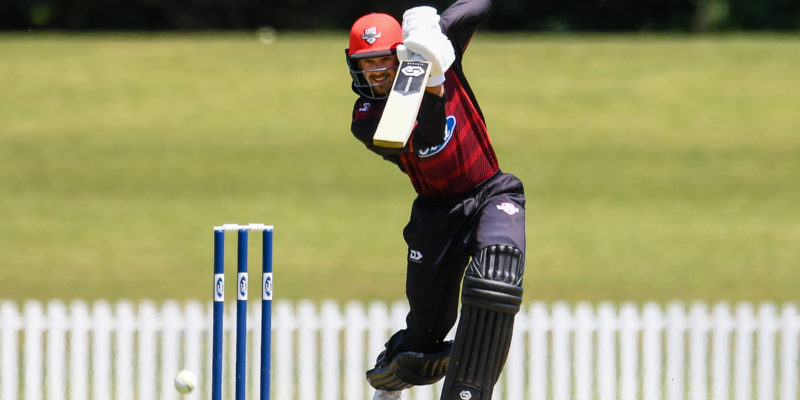 Canterbury batsmen Chad Bowes and Ken McClure both posted Ford Trophy centuries together in a high-scoring display at Hagley Oval.

The hosts reached 346/8 after electing to bat – a total that would prove way too much for Northern Districts to chase down as the visitors were bowled out for 209 inside 42 overs, for their first loss this season.

The match was Canterbury wicketkeeper-batsman Cameron Fletcher’s 50th List A appearance against his old team, and he was in the runs as well with an unbeaten 40* off just 19 at six, when Canterbury already had a strong position.

The 200-stand between Bowes (110 at exactly run a ball pace) and McClure (107 off 100) was the highlight, however, and equalled the second wicket record between the two sides (set just last year by Jack Boyle and Stephen Murdoch).

Jake Gibson continued his strong start to his Ford Trophy with another three-for for Northern, while Jeet Raval chipped in five overs with some economical off spin, but it wasn’t Northern’s day.

Despite a 45 from Raval with the bat and half centuries from Dean Brownlie and Brett Hampton, they couldn’t keep pace with the required run rate.

Sean Davey had another strong day out with the ball to pocket 2-32 off his six overs and Will Williams (3-26 off eight) also kept things tight.

Quick Ed Nuttall had started the wickets tumbling for Canterbury with an early strike and he finished them off for 3-58 with 8.1 overs in hand.