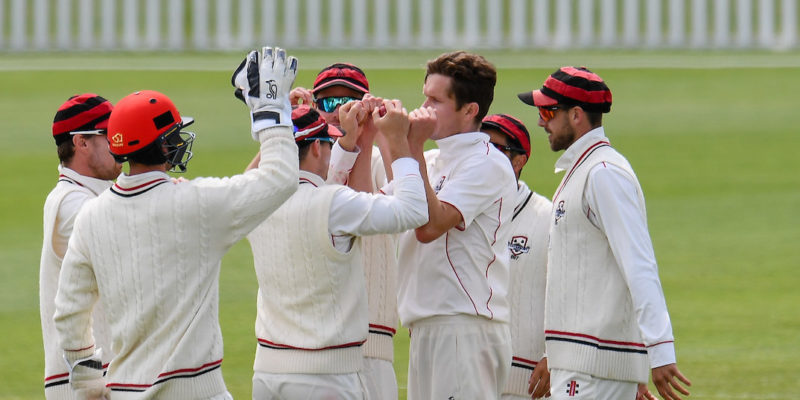 Canterbury’s depth will be tested in round three of the Plunket Shield tomorrow with three potential debutants named in the 13-man squad.

That means at the very minimum, Canterbury cap #613 will have a new owner tomorrow at 10.30am.

Ed Nuttall unfortunately joins the ever-growing injury list with a minor side strain and will watch from the side lines with Henry Nicholls (calf), Matt Henry (thumb) and Henry Shipley (back).

Although faced with a mounting injury list, Fulton always welcomes the occasion for debutants to play first class cricket.

“All three of these guys have worked tirelessly over the past couple of years and each deserve to represent Canterbury.

“They all offer something a bit different. Sean has the ability to move the ball in the air and off the seam, while Jackson brings more pace to the attack and is able to get the ball to move around off the wicket.

“We’ll have to wait to inspect the wicket tomorrow morning and make the call from there.”

Play gets underway from 10.30am at Mainpower Oval in Rangiora, spectator entry is free.