Tahuhu back in black 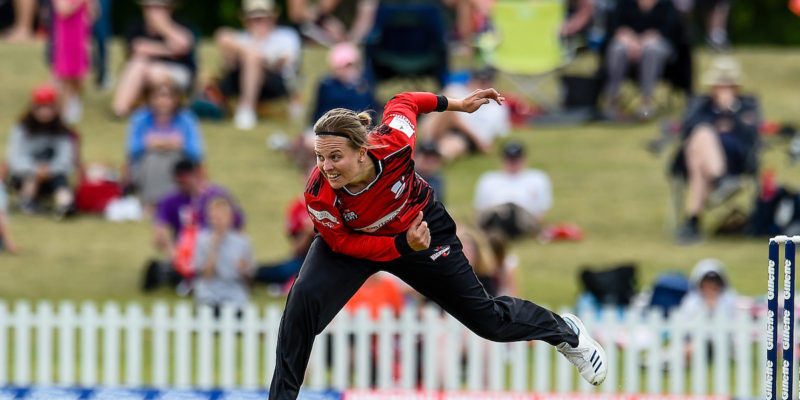 Tahuhu returns after the birth of her first child, Grace, joining the squad early to start her bowling loading ahead of the T20 series.

“I’m very excited to be back around the WHITE FERNS group,” Tahuhu said.

“It’s been a whirlwind last couple of weeks – becoming a Mum for the first time and everything that goes with it.

“I’m grateful of Amy’s support back home and can’t wait to get stuck in at training ahead of the T20 series against South Africa.”

WHITE FERNS coach Bob Carter is equally happy to have Tahuhu back in the fold.

“It’s great to have her raw speed and experience back in the group,” Carter said.

“Lea offers us plenty with the ball and will no doubt hurry a few batters up, especially in Australia on their fast, bouncy surfaces.

“However, first up we have to contend with South Africa, who have already proven in the ODI series they are up for the challenge over here.

Tahuhu is the only change to the ODI squad which plays its final one-day fixture in Hamilton on Thursday before the focus shifts to the shortest form.

It means there is a potential T20 debut for Jess Kerr and Lauren Down while that pair, along with Rosemary Mair, will travel to their first ever ICC World Cup.

“It’s an exciting time for the younger players in the squad but, in saying that, we believe they can add something to the group,” said Carter.

“We endeavour to learn more about them in the coming series against South Africa.”

Of the current WHITE FERNS squad, all-rounders Suzie Bates and Sophie Devine have featured in every ICC Women’s T20 World Cup since its inception in 2009.

Both Bates and Devine are desperate to add a T20 title to their already impressive cricketing CVs and believe they have the side that can take them all the way in 2020.

“We have a balanced side with plenty of international experience within,” Devine said.

“It’s up to us to put our best foot forward in these five T20s against South Africa and hone our game before another shot at a World Cup.”