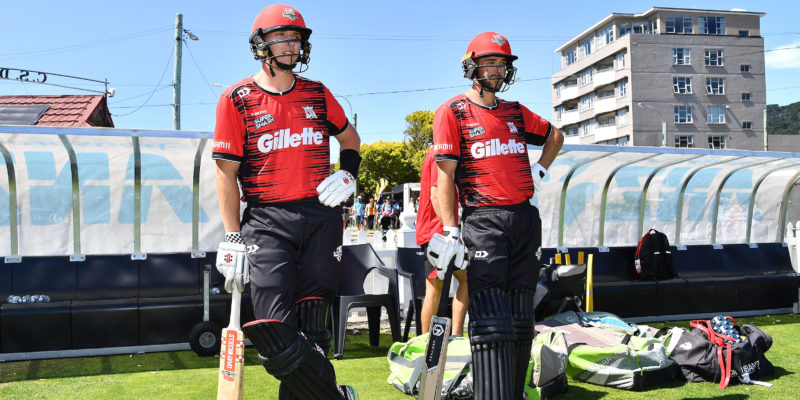 Led by captain Cole McConchie, the Canterbury KINGS will be looking to continue their hot form they’ve shown in both the Plunket Shield and Ford Trophy competitions so far this summer.

Matt Hay, who recently debuted in the 50-over format is the new name to the KINGS squad while Ken McClure returns to the team since making his last T20 appearance back in 2016.

“Matt’s done exceptionally well so far this season and has a level of innovation that I’m exciting to see in the T20 arena, ” said KINGS head coach Peter Fulton.

“He has an ability to score 360 degrees around the ground whilst also adding another spin option to our bowling attack.

“Ken’s start to the white ball season with two centuries and an unbeaten half century speaks for itself so he thoroughly deserves this opportunity.”

BLACKCAPS Tom Latham, Henry Nicholls and Daryl Mitchell are all unavailable with the boxing day Test against Pakistan.

The Canterbury MAGICIANS, captained once again by Frankie Mackay will have a strong blend of experience and youth for their opening match against the Sparks.

Senior players Amy Satterthwaite (268 T20 matches) and Kate Ebrahim (118 T20 matches) return to the MAGICIANS after both missing last season due to the birth of their daughters and will add much needed experience to the top of the order.

“We’ve had a great start to the season and we’ll be looking to carry that momentum into the Super Smash”, said head coach Rhys Morgan.

“Kate has impressed us early on this season with her ability to get good players out at the top of the order.

“Kristy has performed in the T20 warm up games and I’m pretty excited about her skillset and how it works for Super Smash”.

All-rounder Jacinta Savage will miss round one due to injury but has her eyes on a return against the Auckland Hearts on Jan 3rd.