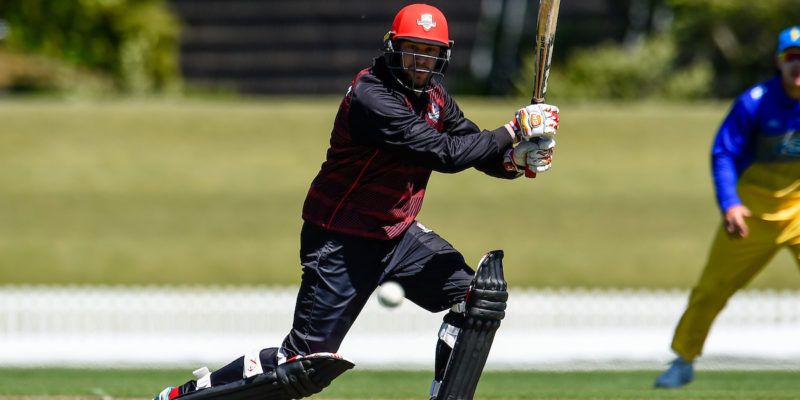 Canterbury Cricket and Cricket Wellington veteran Stephen Murdoch has announced his retirement from domestic cricket after a 12-year professional career.

The Wellington-born 36-year-old played 87 first-class, 71 List A and 58 T20 matches for both provinces, amassing more than 9000 runs and 18 centuries in his efforts.

He holds a proud Wellington record for the most runs in a first-class season with 998 which he achieved in 2014/15 and finished his career sixth on the all-time run scorers list for Wellington.

During his time playing for Canterbury, Murdoch averaged 46 in first-class cricket and 40 in List A cricket and was named Batsman of the Year for the 2018/19 season.

On calling time, Murdoch noted the influence that both associations had on his career.

“I’ve been fortunate to share changing rooms with great teammates, coaches and support staff throughout my career,” he said.

“I’ve had some fantastic memories over the years from my school teams, age group sides and club cricket through to the Wellington Firebirds and Canterbury Men’s teams.

“It’s been a privilege and an honour to represent and captain two very proud associations.”

Current Wellington Firebirds head coach Glenn Pocknall said he will remember Murdoch for being a genuine good guy and a great teammate who scored helluva lot of runs.

“His contribution across the cricket community has been pretty immense,” he said.

‘’He would always be the guy that would play club cricket given the opportunity while also achieving a pretty fashionable career for Wellington.

“Steve always brought a calm demeanour to the team. He knew his game well due to his vast playing experience which enabled him to be comfortable with the type of player he was”.

Canterbury Cricket head coach Brendon Donkers wished to recognise the impact Stephen had in his short time at Canterbury.

“Over the past two years Stephen has earnt a lot of respect, not only from the players but from the support staff and coaches around him.

“Stephen is the consummate professional and a great mentor – he has taken a youngish batting group and has really helped develop their game.

“He has had an outstanding career and I’m sure in time he’ll look back and really reflect on the matches played, his longevity and his performances. I wish him well in whatever he chooses to do after cricket”.

Finally, Murdoch would like to thank his family for all of their support over the years.

“My family has played a massive part in my career and I’d like to say a huge thank you to my parents, my wife Alannah and my two boys for their continued support over the years”.