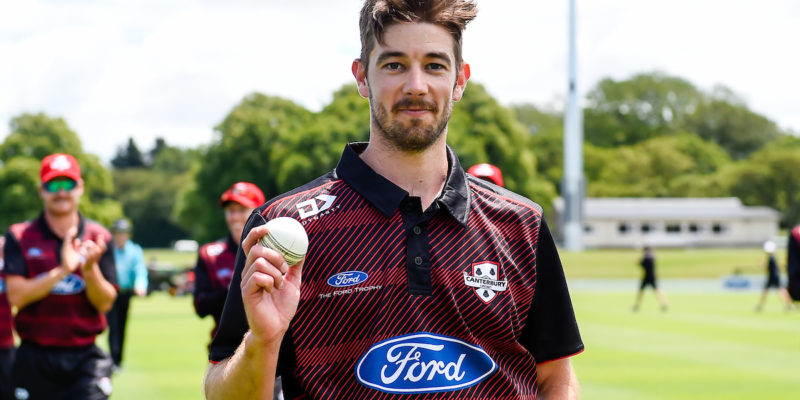 As the 50th season of Domestic one-dayers got underway, one of the top dozen all-time List A performances in New Zealand history came courtesy of a 27-year-old paceman finally making his Ford Trophy debut.

Sean Davey, a former NZ under 19 player, had once been an up-and-comer for Northern Districts before disappearing off the scene and latterly resurfacing for Canterbury – where his career today took on a lustre after a special performance with the ball.

Davey’s 6-30, including a double wicket maiden to finish, was so very nearly the best haul ever for Canterbury, with only left-armer Ryan McCone’s 6-29 having topped it.

It may even be forgotten that sharp Fraser Sheat had got the ball rolling with three big wickets at the top, and finished with 3-22 off his seven overs, including two maidens, while Canterbury keeper Cam Fletcher pocketed four catches from the innings.

It all added up to the Wellington Firebirds struggling to put partnerships together, despite a fighting half century (62 off 81) from captain Michael Bracewell who was one of Davey’s twin victims in the final over.

Chasing 120 for the win, Canterbury was never in danger despite Jamie Gibson picking up two wickets and a catch as the Firebirds went back to the drawing board.