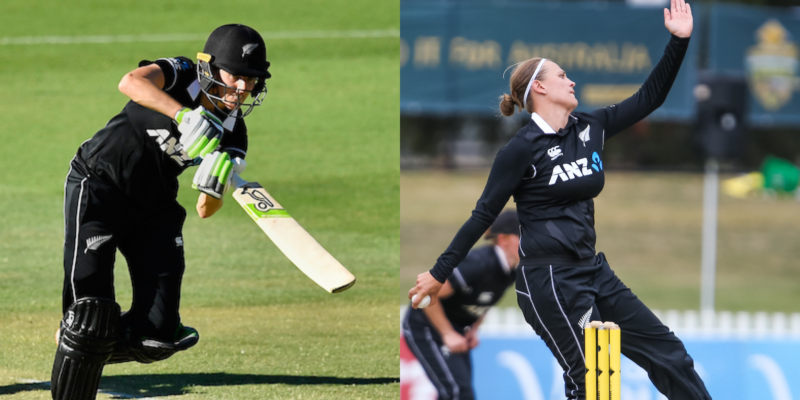 Canterbury’s Amy Satterthwaite and Lea Tahuhu have been offered New Zealand Cricket contracts for 2020/21 in what’s set to be an amazing home summer of cricket with the ICC Women’s Cricket World Cup gracing our shores in February.

Wellington Blaze bowler Jess Kerr and Central Hinds wicket-keeper/batswoman Natalie Dodd are the two new names on the list of 17.

Both Kerr and Dodd will be familiar to WHITE FERNS fans; Dodd making her debut as a teenager back in 2010 while, in the 2019-20 season, Kerr played both ODI and T20I cricket against South Africa.

Both players have been in the contract frame for a while, earning Development Contracts in 2019-20, while Kerr was also part of the Emerging Players Programme the year previous.

Of the players centrally contracted during the previous year, Bernadine Bezuidenhout and Rachel Priest did not receive offers for the coming season.

“It’s an acknowledgment of hard work and perseverance from both Jess and Natalie, culminating in a fantastic opportunity ahead of them,” he said.

“Jess was an excellent addition to the group last season and impressed the coaching staff with her work ethic and commitment. We’re looking forward to her developing her game over the next 12 months.

“Natalie has impressed over several seasons at domestic level having been in the top echelon of run scorers while also showing her ability with the gloves. We see this as an opportunity to work on her skills and hopefully build on an international career that started many years ago.

“I’m happy the majority of our group can remain stable as we look for continual improvement and application from our players. We have an experienced core of WHITE FERNS and want to ensure our younger, less experienced players have the chance to learn from them over the next 12 months.”

As part of the formal contracting procedure, the NZCPA was consulted and agreed the process, as outlined in the Women’s Master Agreement, had been correctly followed.