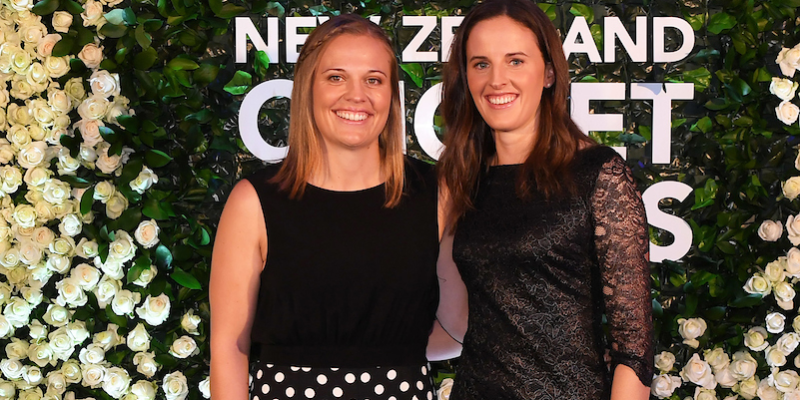 Canterbury Magician and WHITE FERNS captain Amy Satterthwaite today announced she will be taking time away from cricket to have her first child, with wife (and fellow Magician/WHITE FERN) Lea Tahuhu.

“Lea and I are overjoyed to share the news that I’m expecting our first child early in the new year.

“It is a special time in our lives and we can’t wait for this new chapter.”

Satterthwaite is taking a leave of absence with the intent to return to the field when the time is right.

“I am very lucky to have great support from NZC with regard to taking a break from the game to have a family.

“I feel I still have a lot to give to the game and look forward to working my way back with an eye on the 2021 ICC Women’s World Cup held in New Zealand.”

While it’s a new challenge that lies ahead for Satterthwaite, she says she won’t be a complete stranger to the WHITE FERNS environment.

“I look forward to being involved with the WHITE FERNS squad where possible and offering support and knowledge in a mentoring capacity.”

“As soon as the Women’s Master Agreement (already agreed in principle) is signed off and confirmed, Amy will be announced as one of our contracted WHITE FERNS for the 2019-20 year,” said Mr White.

“As such, she will be the first player to benefit from the new pregnancy leave provisions included in the new agreement.

“This means she’ll be paid her full retainer throughout and, although possibly fulfilling some off-field contractual obligations, will not be required to train or play.”

Mr White said NZC was looking forward to Satterthwaite returning to the WHITE FERNS and hopefully playing a big part in the ICC Women’s World Cup 2021.