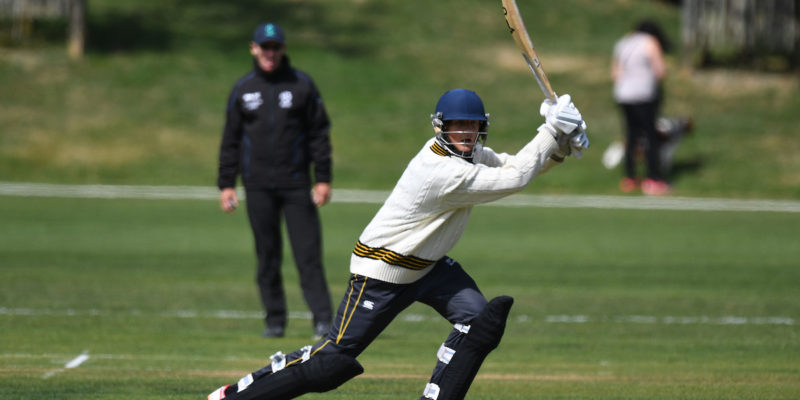 St Andrew’s College all-rounder Rhys Mariu has been named in the New Zealand under-19 squad for a five-game series against Bangladesh later this month.

Mariu, one of Canterbury’s most promising youngsters represented New Zealand U19s in a tour to Australia earlier in the year where he dominated with the bat scoring his maiden international century and averaging 65 for the short series.

All five games will be played at Bert Sutcliffe Oval in Lincoln over three weeks starting September 29 with the fifth one-dayer scheduled for October 13.

U19s head coach Paul Wiseman said he, along with assistants Graeme Aldridge and Adam Miles, had a strong talent pool from which to choose, making for an extremely tough selection process.

“The U19s programme is very much about development, so we are looking to give as many players as possible a taste of international cricket,” Wiseman said.

“The upcoming matches against Bangladesh are an important series and a chance for meaningful, competitive cricket.

“Our U19 players are looking forward to a big season, culminating in the ICC U19 Cricket World Cup early next year in South Africa.

“I’ve made it very clear to players not selected in this Bangladesh series that World Cup selection is far from locked in.

“We will be watching closely over the season, including National U19 Tournaments, before making our final selection calls for a touring squad to South Africa.”

The NZ U19s tour South Africa to play Zimbabwe, India and South Africa in one-day games in early January before the pinnacle event of the year, the ICC U19 Cricket World Cup, also held in South Africa, starting for New Zealand on January 18.

NZ U19 squad for Bangladesh: