Plunket Shield race down to Canterbury or Central Stags 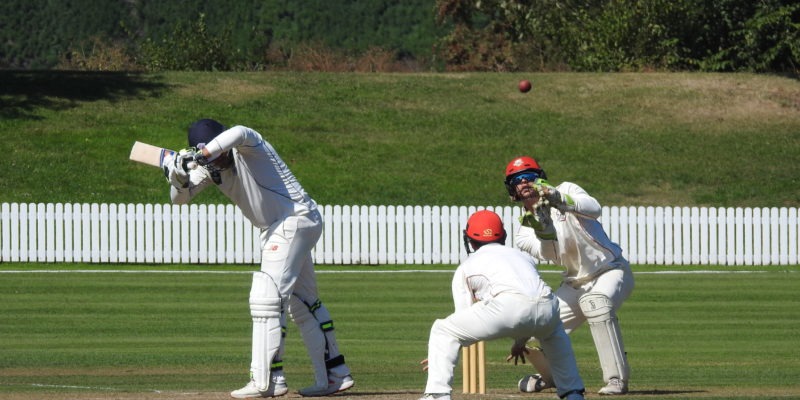 A five-wicket bag from Canterbury leg-spinner Todd Astle has ruined the Auckland Aces’ quest for a first-class championship crown this summer.

Just two rounds earlier, the Aces had been the Plunket Shield leaders — but a draw in Whangarei against Northern Districts last week followed by an 80-run loss to rivals Canterbury in Rangiora this afternoon has knocked them out of contention.

Canterbury also needed a win in Rangiora to stay alive, and will now head into next week’s decisive final round (Round Eight) as one of just two remaining contenders, alongside defending champions the Central Stags.

With a maximum of 20 points available to each team from the final round, the Stags are in the box seat with a 15-point advantage over Canterbury as they head to Hamilton’s Seddon Park where the Stags will again come up against Northern Districts: a talented side that came so close to upsetting them yesterday at McLean Park.

There — should Waikato’s weather play ball — five of the eight available first-innings bonus points should prove enough for the Stags to secure the national first-class crown for a second season on the bounce, and six will put them clear.

Canterbury meanwhile needs an outright win next week (worth 12 points) as well as sufficient bonus points from the first innings in order to overtake the Stags, and, Canterbury must also hope that either weather or ND stops the Stags from collecting the handful of points they require.

Canterbury will be heading to the Basin Reserve to play the Wellington Firebirds in the final four-day round, which begins this Sunday 17 March.

Currently, the long-range forecast for both Seddon Park and the Basin Reserve involves a degree of wet weather on all four days, meaning coaches are likely to be checking weather updates in earnest as the weekend draws near.

The Auckland Aces will head to Dunedin to play the Otago Volts in a dead rubber at University of Otago Oval in their last Domestic fixture of the season. Currently duelling with the Firebirds at the same venue, the Volts require 143 runs from this afternoon’s last session with seven wickets in hand as they seek their first outright win of a tough season.

• Todd Astle (5-69) claimed his 12th first-class five-wicket bag for Canterbury, and 13th of his overall first-class career, with the other instance having been a seven-wicket haul for New Zealand A in 2015/16.

• Earlier in the game, Stephen Murdoch (130 not out) set up the match with his first century for Canterbury, and 13th of his first-class career with the previous 12 centuries having been for the Wellington Firebirds.

• Glenn Phillips top-scored for the Aces on the final day with 76, and his 132-run stand for the third wicket with Sean Solia (71) had given the Auckland Aces a shot a chasing down the required runs — until Todd Astle, Canterbury’s leading all-time wicket-taker in the Plunket Shield, revved up with the first two of his five victims before lunch.