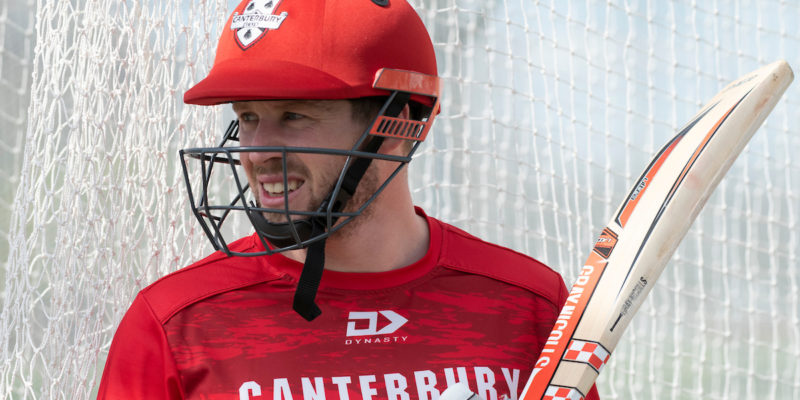 It’s been eight months since his last game of cricket, but BLACKCAPS batsman Henry Nicholls is set to make his much-anticipated return tomorrow when Canterbury travel south to Alexandra to meet the Otago Volts.

The left-hand middle-order batsman was ruled out of the first three Plunket Shield fixtures with a calf injury, but New Zealand Cricket has declared him match fit and just in time for summer.

Canterbury captain Cole McConchie said he’s looking forward to having Henry back out on the park.

“Henry is a class batsman and has been for years with Canterbury and New Zealand,” he said.

“He brings a lot of experience; a lot of ideas and I suppose just that comfort in the middle.”

Ed Nuttall and Tom Latham also come back into the 13-man squad after missing round three.

For the first time since the 1960/61 season, Canterbury are undefeated after three rounds of the Plunket Shield with the bowlers regularly doing the damage for the red & blacks.

“The bowling group have been fantastic,” McConchie added.

“All of them have been brilliant and a lot of that comes down to the work they’ve put in in pre-season.

“They’ve put in plenty of time running, in the weights room and in the nets and it’s great to see them getting a reward.”

It will be the first time Canterbury have played first class cricket at Molyneux Park since 2004 where names like Chris Harris, Chris Martin, Gary Stead and of course Canterbury Head Coach Peter Fulton featured.

Play gets underway from 10.30am, spectator entry is free.