Nicholls, McClure and McConchie to face Windies in Queenstown 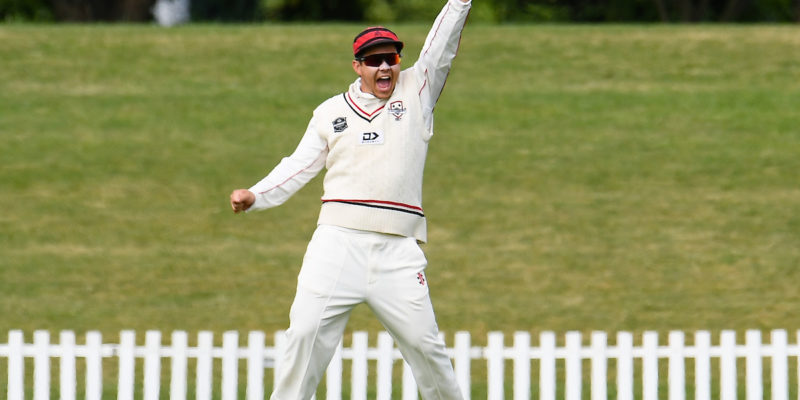 Canterbury trio Henry Nicholls, Ken McClure and Cole McConchie have been named in a strong New Zealand A side to face the West Indies in a three-day game in Queenstown next week, eight months on from his last game of cricket.

Henry Nicholl has been declared fit by New Zealand Cricket ager a calf injury had forced the left-hander to miss the opening three rounds of the Plunket Shield, but he’s on track to return this weekend against the Otago Volts in Alexandra, before getting an early look at the tourists from Friday November 20, at John Davies Oval.

Wellington Firebirds star Devon Conway will receive his first representative chance since becoming eligible to play for the BLACKCAPS in August, alongside Test back-up batting incumbent Will Young.

Canterbury captain Cole McConchie will lead the side with Dane Cleaver taking the gloves.

The match will be the first of two red-ball games against the West Indies in Queenstown and forms the start of a five-game long-form sequence for New Zealand A, which will also face Pakistan A in two four-day games in December.

BLACKCAPS coach Gary Stead said it was going to be a busy season for New Zealand’s elite cricketers.

“It’s been a year like no other and we’re very fortunate to be preparing for such an action packed summer,” said Stead.

“The complexities of the international schedule, along with the size of the touring squads and the length of time they will spend in the country has enabled us to build a very strong A programme.

“The flip-side of this is that pressure will be put on our player pool this season and we need to be smart with how we use our resources, therefore we’ll likely add and subtract from this squad as we go along.

“It’s great to get Henry back on the park after what I know has been a frustrating winter with his left calf injury. He’ll turn out for Canterbury this weekend in the Plunket Shield before heading to Queenstown to face the West Indies and we’re confident if he comes through both games unscathed he’ll be ready for the first Test in Hamilton on December 3.

“It’s an exciting time for Devon who’s had to wait for his opportunity at this level after some outstanding form on the domestic scene.

“Plenty of eyes will also be on the four Otago bowlers who have been rewarded for their strong performances so far this year and in recent seasons.”

New Zealand A will assemble in Queenstown next Wednesday with Bob Carter and Paul Wiseman leading the coaching staff.

The BLACKCAPS open their international home summer against the West Indies at Eden Park in Auckland on Friday November 27.