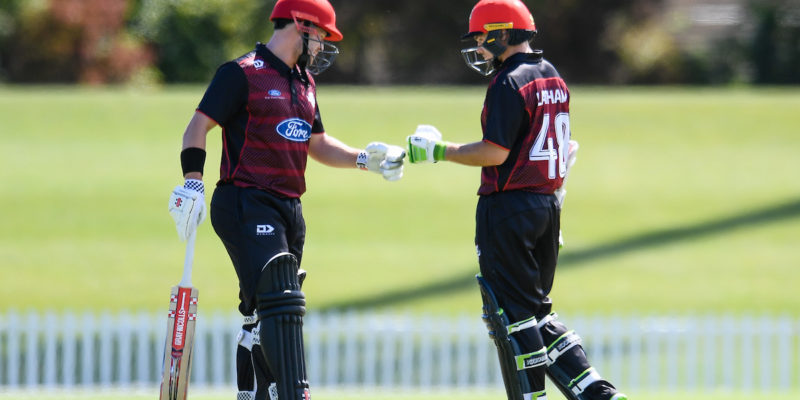 Canterbury will be bolstered by the return of BLACKCAPS batsmen Henry Nicholls and Tom Latham for their Ford Trophy match up against the Otago Volts in Queenstown tomorrow.

Both batsmen return from injury after missing the entirety of Canterbury’s Super Smash campaign where the KINGS narrowly missed out on the honours last weekend.

The men’s premier one day competition returns after six previously completed rounds before Christmas last year. Canterbury currently sits second on the ladder with 4 wins from 6 matches (18 points), while Otago are a close third on 12 points.

Two wins will secure a home final but results from Northern Districts’ next 4 games will determine whether that’s an Elimination or Grand Final.

Canterbury won’t quite be at full strength with precautions taken to rest Daryl Mitchell with a side strain he picked up while bowling in the Super Smash Final.

Ford Trophy competition centre for all results, stats and upcoming matches can be found here – https://www.nzc.nz/domestic/competition-centres/ford-trophy