Wellington Wednesday winners at the Basin 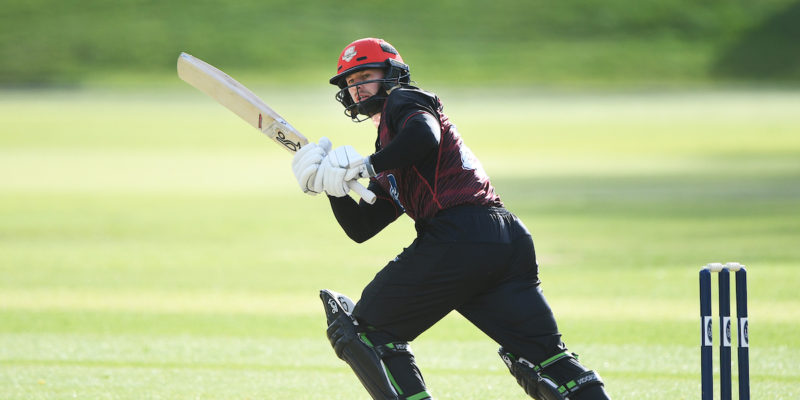 A third career five-wicket bag for Jimmy Neesham proved invaluable in a tight home win for the Firebirds.

Canterbury captain Andrew Ellis had opted to bat first at the Basin but, despite a healthy start from Henry Nicholls (62) and Chad Bowes (47) in a century stand for the first wicket, the arrival of first change Neesham at the bowling crease for his second spell changed the complexion of the innings.

Striking with his third delivery, Neesham removed both batsmen in consecutive overs, then routed the middle order for his career-best return of 5-19 off 10 overs, including two wicket maidens and three maidens in all.

A late 47 from the Canterbury skipper and classy rearguard 73 from his ally Cam Fletcher helped Canterbury dig their way out of a hole from 136/5, batting out their 50 overs to reach 267/7.

A century stand between first drop Devon Conway (59) and opener Andrew Fletcher (71) ensured the Firebirds stayed on track through the first half of the chase, however, before captain Michael Bracewell took over from Conway.

Sharing an unbroken 82*-stand with Neesham (37* off 32), the cool-headed Bracewell saw his side home with almost two overs to spare with his run-a-ball 81 not out.

Round 8 will see Canterbury play the Firebirds once again, this Saturday at the Basin Reserve.

Canterbury are currently second on the Ford Trophy ladder, 4 points behind leaders, the Auckland Aces.