MAGICIANS in the hunt for Grand Final spot

There will be plenty to play for at Pukekura Park this weekend as the Central Hinds host the Canterbury MAGICIANS  in the final two regular rounds of the Hallyburton Johnstone Shield.

With only two rounds remaining in the round-robin phase of the competition the Canterbury MAGICIANS are sitting third with only the top two teams advancing to a grand final on the 14th March.

The equation is simple – The MAGICIANS need to win both games, while relying on current table toppers, the Northern Spirit to do the same over the Auckland Hearts.

Head Coach Ben Rapson has made just the one change to the squad that defeated Otago earlier in the month, with regular skipper Frances Mackay returning from her SKY Sport commentary duties.

Mackay has been in fantastic form this summer registering three centuries in six games at an average of 107 and currently sits second on the competition run-scoring ladder with 429 runs.

Play gets underway from Pukekura Park, New Plymouth tomorrow at 10.30am. 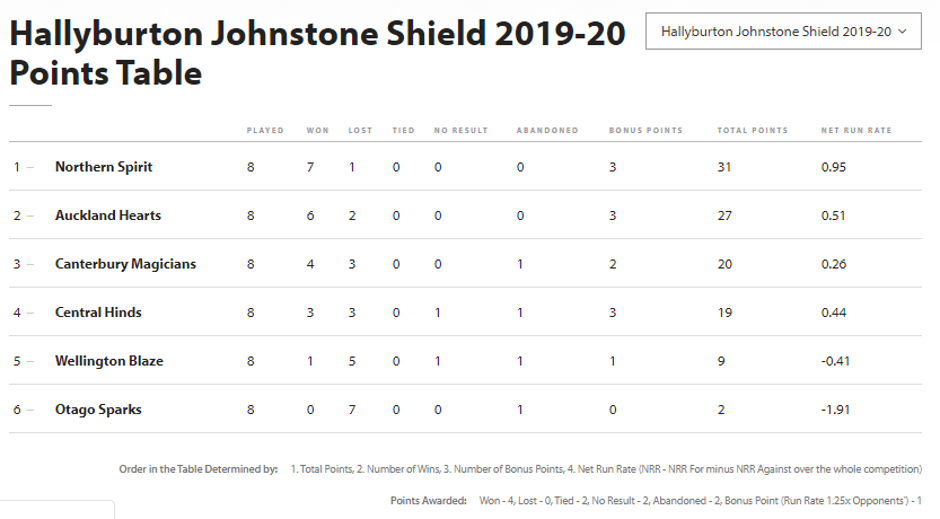