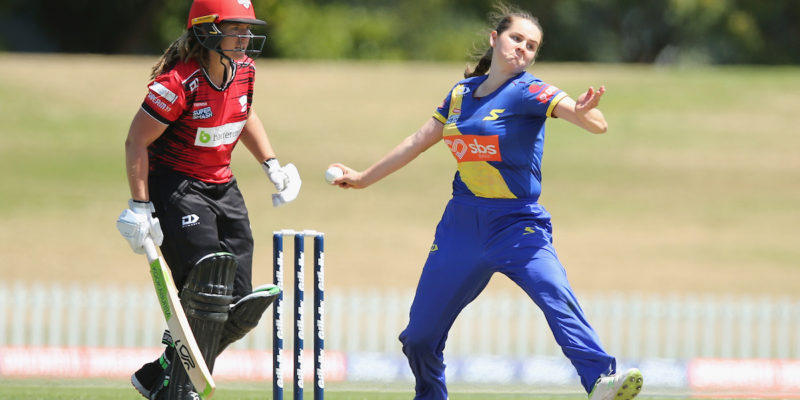 The Otago Sparks have continued their winning roll with a 31-run victory over the Canterbury MAGICIANS at Hagley Oval.

Having already secured third spot and booked an Elimination Final against the Auckland HEARTS on Thursday, the Sparks continued their recent momentum by notching their fifth straight win.

The Sparks comfortably defended their total of 122-7 in a low-scoring clash. They bowled out the MAGICIANS for 91 in the final over with the help of three run outs.

The victor of the Elimination Final at Eden Park’s Outer Oval advances to face the unbeaten Wellington Blaze who are seeking a Twenty20 three-peat. With the Wellington Firebirds also securing hosting rights to the season showpiece, Grand Final day will be staged as a double-header at the Basin Reserve on Sunday.

Having won the toss and electing to bat, the Sparks were in early trouble losing both openers in the first two overs. A 57-run third-wicket partnership between Katey Martin (34 off 25) and Hannah Darlington (30 off 30) got them back on track.

Eden Carson and Emma Black then combined for an important unbroken 21-run stand in the closing overs to boost the Sparks to a defendable total.

Frankie Mackay was the pick of the bowlers for the MAGICIANS, taking 2-12 off her four overs.

With a modest total to defend, all of the Sparks bowlers pitched in with economical figures as the hosts struggled to get any momentum in their chase.

Darlington continued her strong form with the ball, taking 3-12 off her four overs.