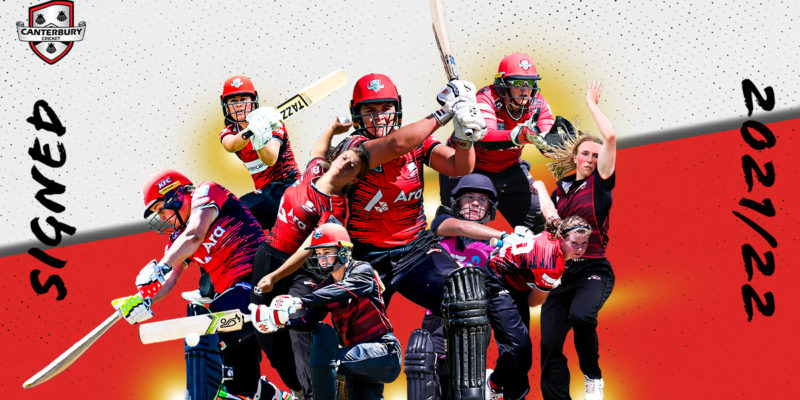 Canterbury Cricket have named our nine players who have earned Magicians contracts for the 2021/22 season.

These players will make up the bulk of the matchday team, with our contracted WHITE FERNS (Amy Satterthwaite, Lea Tahuhu and Frankie Mackay) and our WHITE FERNS Development Contracted players (Sarah Asmussen and Gabby Sullivan) coming in to round out the squad.

19-year-old Abby Gerken is the newest addition to our contracted Magicians team, earning her contract after being in the Magicians camp for a number of years and representing New Zealand U19s last year. Coming into the inner squad, Gerken is looking to learn from the wealth of experience around her.

“I’m just trying to soak up as much as I can. The knowledge of the players around me – Amy, Frankie, Lea, hopefully playing some games around them, it’d just be cool to just have that knowledge and experience to learn from. I just want to play as many games as I can and hopefully score some runs and take some catches.”

“Abby has been on the radar for a while now and it’s really exciting, with 5 of our players being contracted through NZC, that we can blood young talent like Abby.”

Magicians Captain Frankie Mackay is pleased with the look of the squad going into a season where the Magicians are pushing for a double title defence. Speaking of the squad, Mackay said, “I really love looking at it on paper; you’ve got your experienced players like Amy Satterthwaite who has played over 200 games across both formats for Canterbury and New Zealand and then you’ve got the mix of kids who are still at high school and the whole environment is new and exciting for them.”

The squad remains largely unchanged from the dominant Magicians team from last season with the exception of Kate Ebrahim, who has moved south to play for the Otago Sparks.