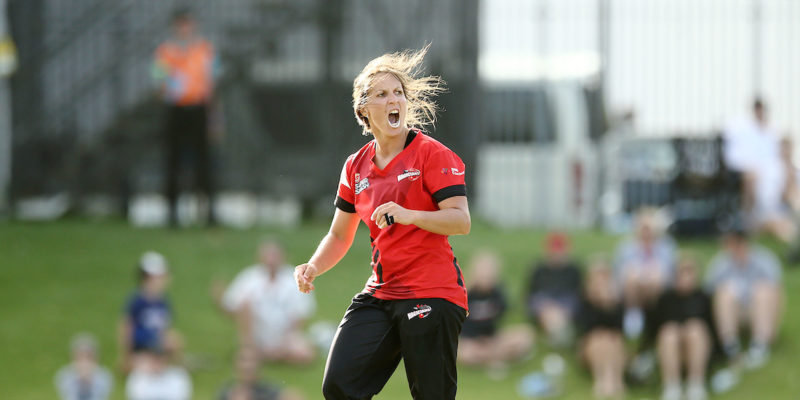 The Canterbury MAGICIANS have announced their nine players to be offered women’s domestic playing contracts for the 2020/21 season.

Among them is the signature of experienced all-rounder Kate Ebrahim who returns to the cricketing world after maternity leave.

The 28-year old was a regular for Canterbury in the 2018/19 season where she finished 2nd in the one-day run scorers list averaging 86. She was also able to convert that form to the Super Smash where she averaged 46 with the bat.

“With both Kate and Amy returning from maternity leave and Frankie Mackay returning for her 13th season, we have some real depth and experience in our batting line up”.

Although only 9 players can be contracted, Morgan is looking forward to the younger players developing throughout the season.

“We have some amazing talent outside of our contracted group in Emma Kench, Kate Sims and Georgia Edge and I’m really excited to see these three play a big part in winning games for us,” he said.

“The whole squad has trained really hard all winter, and everyone has committed to coming back a better player”.

The 9 players offered contracts are:

The Canterbury MAGICIANS get their season underway against the Otago Sparks on 21 November at Centennial Park, Oamaru.