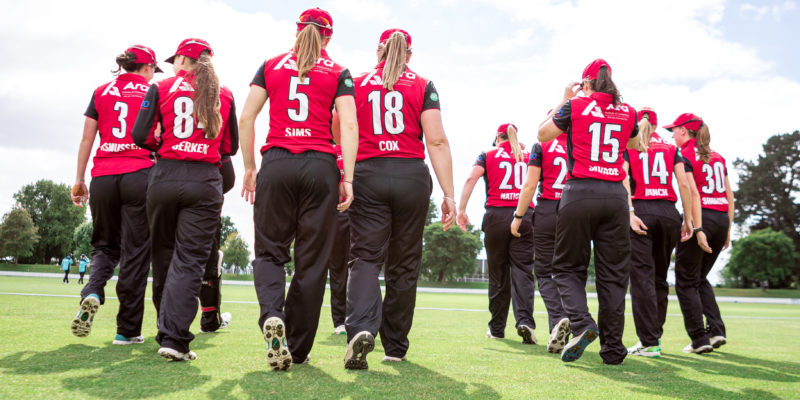 The MAGICIANS season has come to an end with a mixed bag of results and plenty of positives to be taken away from the last few months of cricket.

After winning both the Hallyburton Johnstone Shield and the Women’s Super Smash last season, the MAGICIANS started this season losing the services of two key players, with Kate Ebrahim moving to Otago and Gabby Sullivan suffering a stress fracture before the first game.

This, along with having three WHITE FERNS (Amy Satterthwaite, Lea Tahuhu and Frankie Mackay) and two players on New Zealand Development contracts (Sarah Asmussen and Gabby Sullivan) meant that we were able to offer first time contracts to Emma Kench, Kate Sims and Abigale Gerken.

The squad had a real mix of experience, with players like Satterthwaite, Tahuhu and Mackay being available for nearly every game leading the side, and players like Abigale Gerken and Jodie Dean getting the chance to play a good number of games throughout the season.

Captain Frankie Mackay led the team with bat and ball again this year, notching her 100th T20 appearance and wicket for Canterbury and scored important runs throughout the campaign, including a season best of 55* against eventual champions the Wellington BLAZE.

Highlights of this season include the 19-year-old Gerken scoring a maiden List A century in just her 5th game for the MAGICIANS against the Otago SPARKS. Amy Satterthwaite brought up 150 List A games for Canterbury and 302 overall, passing Sara McGlashen’s record to be the most capped player in New Zealand.

The Canterbury U19 Women unearthed a pair of players for the future in Izzy Sharp and Harriet Graham, with both players making their List A debut in the last month. Sharp is a hard-hitting right-handed batter who consistently scores runs in club cricket and can access the boundary regularly.

Harriet Graham – AKA Mini Branch – is a rarity in the women’s game as a left-handed top order batter who looks right at home in Domestic Cricket and would have played more games had it not been for a shoulder injury in the days leading up to the final two games of the MAGICIANS season.

Natalie Cox and Jacinta Savage continue to be staples in the side, with the former still proving herself to be one of the hardest hitters of the cricket ball on the circuit and a sharp point fielder, and the latter being comfortable with ball in hand and batting at the top of the order.

Right-Arm seamer Missy Banks has come into her own this season with the ball, changing tactics to bowl a number of overs from around the wicket. Angling the ball past the batter and swinging it back into the right-hander caught many domestic players out this season, with Banks taking 14 wickets at an average of 15.78 in the Super Smash.

Lea Tahuhu started the season as a specialist batter and took to many-a domestic bowling attack with considerable aggression, hitting 9 sixes and striking the ball at 188.49 in the Super Smash.

Tahuhu has since taken this approach to WHITE FERNS duty and could now easily be labelled as a bowling all-rounder.

Despite not coming away with any titles this year, the MAGICIANS group can have plenty to look forward to with some of the young talent coming through, along with three of New Zealand’s very best in Satterthwaite, Tahuhu and Mackay performing for district and country alike.