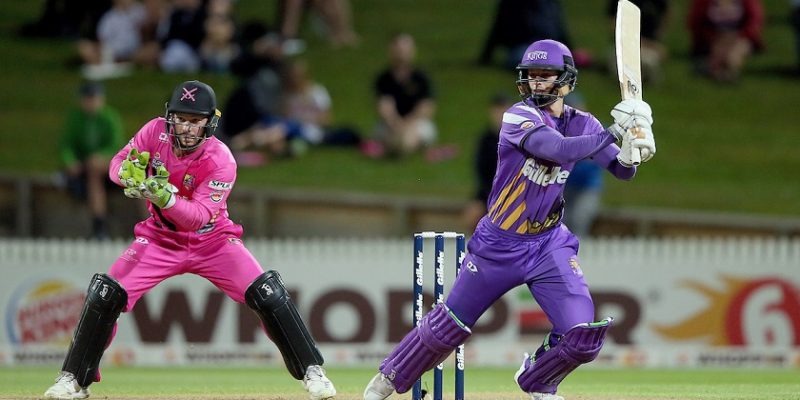 The Big Picture
For the second time in the space of a week, a clash between the Kings and the Knights went down to the wire. However, yet again it was the Knights who left the night with a victory, this time staving off a Canterbury attack to record a six-run win at Seddon Park in Hamilton and consolidate their lead atop the Super Smash T20 ladder.

In a rain-affected 16-over-a-side contest, the Knights were bolstered by Nick Kelly’s maiden T20 half-century while Corey Anderson made a sizeable contribution as well, as the pair’s 70-run stand formed the backbone of the innings. Matt Henry’s return to the team reaped dividends with two wickets while Ed Nuttall was tidy as the Kings were set a steep 152 to win (D/L method).

Henry Nicholls continued his golden run of form with a brisk 40 to set up the early part of the Kings’ innings. Cameron Fletcher and Leo Carter shared in a 56-run stand later on to take Canterbury to the brink, requiring 18 runs off the last two overs. However, import Kyle Abbott and Darryl Mitchell bowled a disciplined last couple of overs to restrain the batsmen, ensuring they would fall agonisingly short in the end.

Unfortunately, a third last-over loss in six matches hasn’t helped the Kings’ season to date, as they still sit in last position on the ladder with one win from six matches (four points) while the Knights’ season continues to gain steam, with their sixth win from seven games seeing them lead the Central Stags by 10 points (24 points overall).

The Kings’ now travel to Napier for their next clash against the Stags on Saturday night, which will be broadcast live on Sky Sport.

Kelly, Anderson drive Knights to a competitive total
Earlier on, Cole McConchie won the toss and inserted Northern into bat. With rain affecting the start of the match, Canterbury would look to make use of chasing under lights on a good Seddon Park pitch, with the ball likely to skid on later in the contest. And the crowd was treated to Black Caps Central with a number of New Zealand players being made available for the clash for both sides.

Matt Henry’s return to purple corresponded with Tim Seifert’s demise early in the contest after he drilled a full ball to Todd Astle at cover for the Kings’ first breakthrough. Dean Brownlie’s comeback from injury lasted just one ball after Ed Nuttall had him caught behind and when Darryl Mitchell was dismissed for obstructing the field, bizarrely looking to kick away a return throw from Kyle Jamieson, the Knights were looking shaky at 34 for 3 in the fifth over.

Kelly at the other end looked composed and regularly used his feet to the seamers and spinners, effectively playing on all sides of the wicket. His fifty came up off 33 balls, and included five fours and three sixes. He had Anderson for company, and though he was dropped on 18, Anderson did what he does best, brutalising four maximums himself in the arc between mid-wicket and long-on, showing his capabilities to Black Caps selectors. It meant some of the Canterbury bowlers went the distance, but Nuttall bowled with great control and Henry used to the pitch to good effect in his four overs, being the pick of the bowlers. While Northern got through to 154 for 5 at the end of their 16 overs, the revised Duckworth-Lewis target ended up being 153.

Nicholls sets the platform, Fletcher and Carter take Kings to the edge
A large total to chase in a shorter period of time than usual required a good start, and unfortunately for Tom Latham, he recorded his second royal golden duck in three innings. He couldn’t believe his fortune when he chopped Mitchell Santner’s first delivery back onto his stumps to have the Kings on the backfoot straight away.

It brought in his Black Caps teammate Henry Nicholls who cannot seem to do much wrong at the moment, and he continued his impressive form straight away. He didn’t let Corey Anderson settle, pulling him for six over mid-wicket first ball, before sweeping Ish Sodhi for four over square leg and doing the same for six in the same over. Again, he showed the ability to turn the strike over regularly and brought out the confidence in Chad Bowes, who showed why his career strike rate sits at 141, as he smashed Scott Kuggeleijn’s first over for 18.

Ish Sodhi came up with the crucial double breakthrough though, using the pitch well as Nicholls was caught at short third man swiping at a wide delivery, while Andrew Ellis did the same to be caught at long off. The match was well poised with Cameron Fletcher and Leo Carter new at the crease, and the Kings requiring 67 off 43 balls with five wickets in hand.

Carter played the anchor role, turning the ball over, whilst Fletcher was the typical aggressor, hitting 38 off 27 balls. It wasn’t all power though; he got his innings going with a delightful drive through mid-wicket from what was a pretty good full delivery from Kuggeleijn originally. Carter was not to be outdone, coming down the wicket and thrashing Anderson over mid-wicket for six to leave Canterbury needing 31 off the last 3 overs.

They got it down to 18 off 12 balls, however Northern held their discipline and Mitchell his nerve when Carter was caught on the boundary in the final over. The Kings would run out of balls in the end and fall heartbreakingly short this time round. However, having been through three last over finishes in the tournament this season, they know they have the capabilities to get to the end of a match, and will just be looking to execute when they take on the Stags in Napier this Saturday.