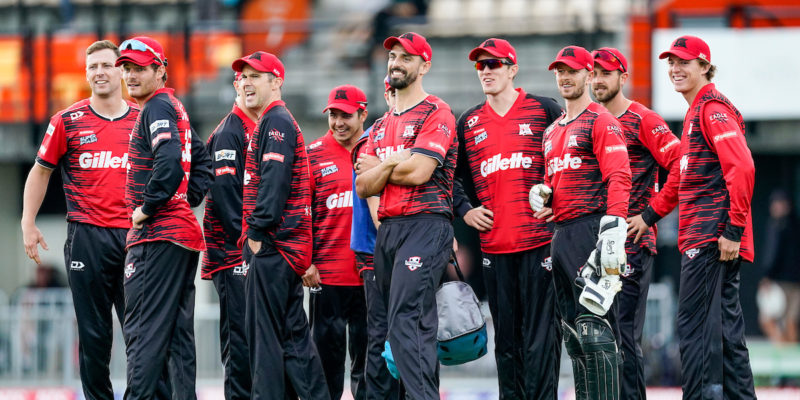 The Canterbury KINGS will be looking to book a spot in the Grand Final tomorrow when they travel north to face the Central Stags at Eden Park in the Elimination Final.

The teams will meet on neutral territory with the Hearts winning hosting rights by finishing second on the Women’s Dream 11 Super Smash ladder.

The KINGS embark on a finals journey for the first time since the 2015/16 season with hopes of making it ‘third time lucky’ over the Central Stags who enter the match with 2-0 bragging rights after narrow defeats in the round robin stage.

KINGS head coach Peter Fulton is excited about the challenge ahead.

“I’m thrilled for the guys to play some finals cricket, “he said.

“It’s been a long time between finals, but the team has put in a lot of work to get this far and I know they’ll make the most of the opportunity ahead.

“We’ve played some great cricket this tournament and I’m confident we can beat any team on the day”.

Fulton put the success of the team down to the fact that the squad has remained relatively unchanged for majority of the season.

“We’ve only used 14 or so players for the whole campaign, so it’s been great to have a settled team, “he said.

“It’s given the guys confidence around selection and allowed them to play their natural game”.

Henry Shipley finds himself in the 13-man squad for the first time this season and will provide an additional middle order batting option, should he make the playing XI.

The 24-year-old all-rounder has been out for majority of the season due to a stress fracture in his back but is slowly making a return to professional cricket after representing Canterbury Country and Canterbury ‘A’ in recent fixtures.

Tom Latham and Henry Nicholls were unavailable for selection due to injury but are likely to return for Canterbury later in the month for the Ford Trophy.

The Canterbury MAGICIANS have already secured their spot in the Grand Final after the Auckland Hearts upset the Blaze on the same ground just three days ago.