KINGS finish season on a high 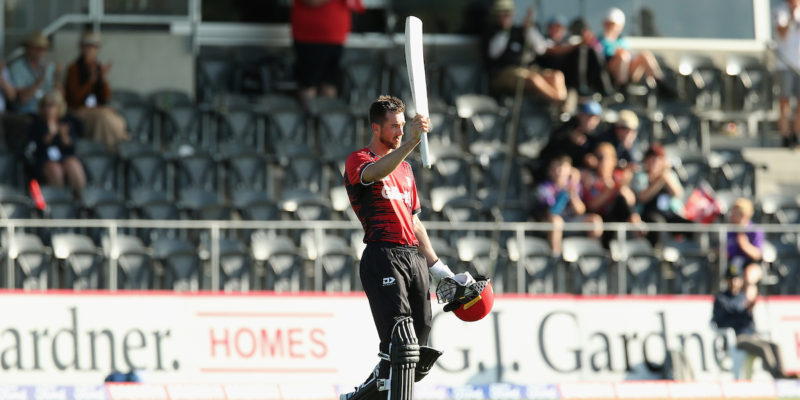 A scintillating knock by Canterbury KINGS batsman Chad Bowes has denied the Otago Volts top spot on the ladder and hosting rights for the Dream11 Super Smash Grand Final.

In the final round-robin fixture of the season, the KINGS were playing for pride and to jump off the bottom of the ladder. The Volts, on the other hand, would have secured a home final in Dunedin with a win.

Instead of advancing straight to the Grand Final the Volts will host the Auckland ACES in Friday’s Elimination Final at the University of Otago Oval.

The Wellington Firebirds have secured top spot and with the Wellington Blaze also top in the women’s competition, there will be a Grand Final double-header at the Basin Reserve on Sunday.

While Bowes’ Twenty20 career-best was the cornerstone of the KINGS win, he had good support at the other end from Henry Nicholls (39 off 28). The pair combined for an 84-run second-wicket partnership off just 50 balls.

Jacob Duffy removed Bowes and Cole McConchie in successive balls in the 17th over but the damage was already done. The KINGS only needed 21 to win from 20 balls at that point and Leo Carter and Cam Fletcher saw the hosts home with seven balls to spare.

Earlier, having won the toss and electing to bat, the Volts got off to an excellent start. After the early departure of Hamish Rutherford, Nick Kelly (62 off 43) and Neil Broom (57 off 46) batted superbly, adding 125 for the second wicket.

But when Kelly and Broom both fell in the space of three balls the brakes came on the innings and just 34 runs came off the final 30 balls.

Spinners Todd Astle (1-22) and McConchie (1-26) were instrumental in the fightback with the ball. Will Williams again proved hard to get away in the death overs, taking 1-15 off his three.

The win lifts the KINGS into fifth in the standings. The Central Stags, KINGS, and the Knights all finished on 18 points, with final placings decided on net run rate.