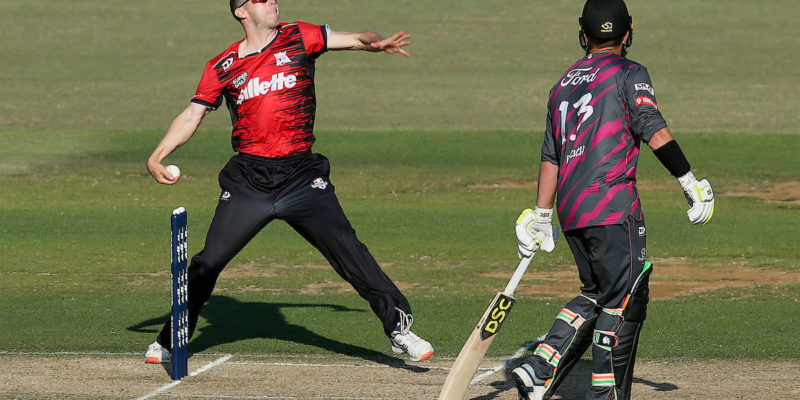 The Canterbury KINGS finals hopes have come to an end after a thrilling final over, 5 wicket defeat to the Northern Knights.

Chasing 155 to win, the Knights needed a late surge to get home with two balls to spare at Bay Oval in Mount Maunganui.

In a must-win match, the KINGS won the toss and chose to bat. The visitors got off to a horror start and found themselves reeling at 24-4 after four overs.

Cam Fletcher helped revive the innings with an unbeaten 59, while Todd Astle struck 35 off 15 balls to boost the total to 154-7.

Anurag Verma and Scott Kuggeleijn were the pick of the bowlers for the hosts. Verma finished with 3-29 from his four overs, while Kuggeleijn took 2-23 from his spell. Ish Sodhi (2-27) also played a key role in restricting the KINGS through the middle overs.

In response, opener Anton Devcich struck 57 off 46 balls to have the Knights well placed at 103-4 at the start of the 15th over in their chase.

With the required rate creeping up, Daryl Mitchell smashed 40 off 25 balls including four sixes. When he departed seven runs were still needed off five balls.

After two singles, Peter Bocock switch hit Will Williams for six to win the match.

Moments earlier, at the Basin Reserve, the Auckland ACES had secured victory against the Wellington Firebirds. Their win moved them up to 20 points and eliminated the Knights regardless of the result at Bay Oval. The KINGS were eliminated from finals contention upon their loss.

The Knights have finished their season and sit in fifth place on the ladder. The KINGS have a chance to move off the bottom of the standings with a win over the Otago Volts in their final match on Tuesday at Hagley Oval.