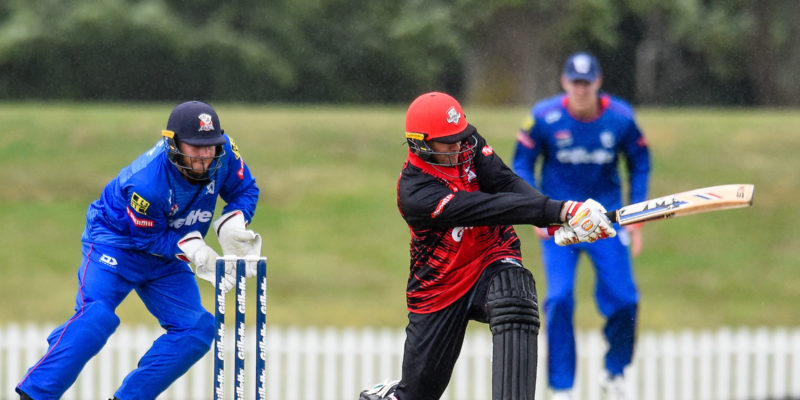 A promising start came to nought for the Canterbury Kings who ended up having to share the points with Auckland after their Super Smash match was washed out at Hagley Oval in Christchurch yesterday.

The Kings were 72 for one after eight overs and ticking along nicely at nine an over after openers Jack Boyle and Chad Bowes shared a 60-run opening stand.

A damp outfield did not help the bowlers but Bowes and Boyle played boldly, Boyle’s 34 taking 25 balls with four fours and a six while Bowes was unbeaten on 26 off 18 balls.

The Canterbury Kings are now on the road for three rounds before they return to Hagley on the 5th January for a double header against the Northern Spirit & Knights.