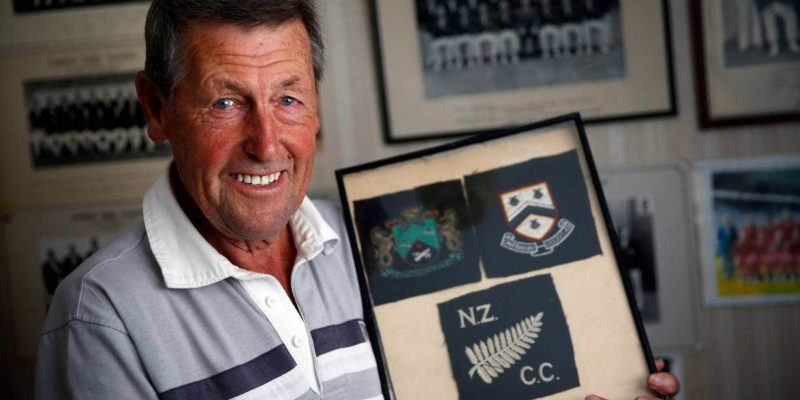 John Ward, the Canterbury wicket-keeper who played eight Tests for New Zealand between 1964 and 1968, has passed away, aged 83.

Remembered as a fine gloveman and one of the last of a generation of specialist wicket-keepers to play for New Zealand (in that he batted between No.9 and 11 in all but one innings), Ward effected 17 dismissals during his Test career, including one stumping – Pakistan’s Mohammad Ilyas during the third Test at Christchurch in 1965.

A product of an interesting selection system at that time, Ward was picked for the 1958 tour of England before he had represented Canterbury, convincing the selectors to take him as Eric Petrie’s deputy after a strong performance in the North v South match – which doubled as his first-class debut.

He didn’t play a Test on that tour.

Ward was then selected for the 1961-62 tour of South Africa but was injured after just two first-class matches and replaced by Artie Dick, meaning he was still to make his Test debut after two major overseas tours.

That milestone duly arrived in 1964 at Wellington, where he played his maiden Test against Trevor Goddard’s South African tourists before being abruptly dropped for Dick, who kept in the next four Tests – the final two of that series, and the first two against Pakistan the following summer.

Recalled for the third Test against Pakistan in the summer 1964-65, Ward this time retained his position and was taken on the 1965 tour of India and Pakistan and England, where he again sustained an injury and was again replaced by Dick.

Jostling with Dick, Petrie and Roy Harford for selection, he played two more Tests for his country – the third Test against England at Leeds in 1965, and the fourth Test against India at Auckland in 1968.

A proud member of the Old Boy’s Club in Timaru, Ward was a stalwart of the South Canterbury District Association, of which he was a life member and patron. He played 54 games for Canterbury and effected 153 dismissals, including 17 stumpings.

“He had marvellous hands,” recalled King. “When I first played for South Canterbury he was about 40 years-old and was still keeping wicket – and still doing the job in his own effortless and nimble way.

“John was deeply passionate about the game and was a no-nonsense sort of leader for the young guys in the team – he was always encouraging us to keep our standards up no matter what level of cricket we were playing.

“He was just a quality man and he kept giving to the game well after he retired from the playing side of it.”

Ward is survived by his wife Shirley; his son Barry (who kept wicket for Canterbury in the 1986-87 season) his daughter Jenny and his many grandchildren.