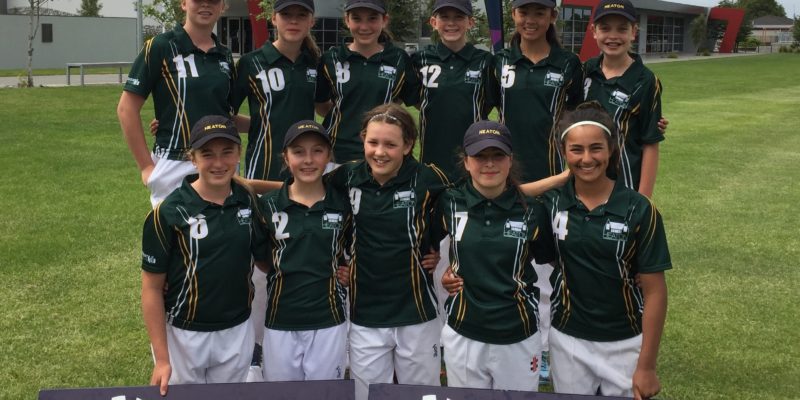 Heaton Intermediate took part in the National Girls Primary Schools Tournament this year held out in Lincoln. Remuera (Auckland), Balmacewan (Dunedin), Tawa (Wellington), Kamo (Northern) and Sacred Heart (Central) were the other qualifiers. Unfortunately, Kamo had to withdraw, which led to Ellesmere College filling their place.

Through several convincing wins, Heaton lifted the title and were crowned National Champions. Star performers were Lexie Rouse, who starred with both bat and ball, as well as opening bowler Eden Nuttall and Captain, Lucy Easton.

This is now Heaton’s 6th national girls cricket title in 8 years. The team is already talking about coming back and defending their title in 2020. With a good core of year 7’s who gained a lot of experience this year it will no doubt give them confidence next year.