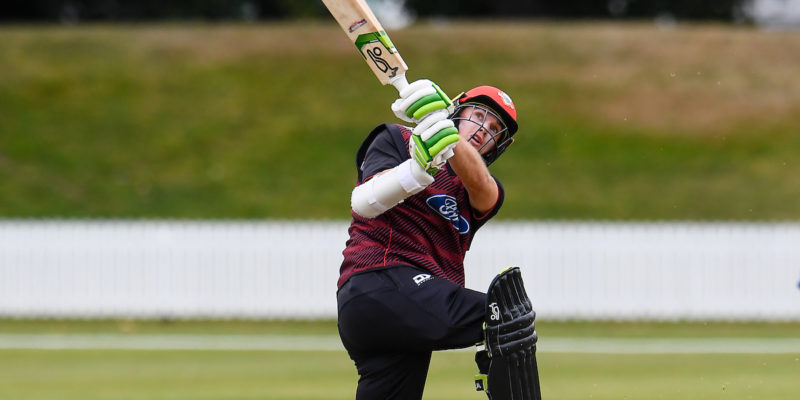 Canterbury will progress direct to The Ford Trophy Grand Final and host it on Saturday while Northern Districts (2) and the Wellington Firebirds (3) will meet at Seddon Park in the sudden death 2v3 Elimination Final this Wednesday, 3 March.

Five of the six Domestic teams had headed into today’s 10th and final round of the regular season with finals berths in their sights. A hard-fought loss in a heavy-scoring game at the Basin saw the Otago Volts dip out with their heads held high, while the Wellington Firebirds’ hopes rested on the result of the late-starting, late-finishing Canterbury-Auckland Aces clash still unfolding in Rangiora.

The Volts had posted their sixth highest List A total as they went after the Firebirds’ mammoth 427/8, reaching 345 in their chase despite having lost their hard-hitting top order early. An aggregate of 772 runs was scored in the match – among the highest match aggregates in New Zealand List A history, the record still held by the Central Stags and Northern Districts at Seddon Park in 2013 with 815.

In Rangiora, Canterbury BLACKCAP Tom Latham found enough time in the reduced 29-over match to blast his seventh List A century (third for Canterbury), an unbeaten 118* off just 75 balls. Combined with 49 at the top from Henry Nicholls, it provided the bread and butter for Canterbury’s 238/5, a run rate of 8.2 per over.

An aggressive start kept the Aces in the contest, however, with form horse Will O’Donnell going on to a 59-ball knock of 79. He was still there when 48 runs were needed off the last 30 balls with four wickets in hand, having posted a NZ List A Domestic record of seven scores of 50 or more from the 10 rounds in the season.

However, his departure – caught in the deep off Will Williams at 202/7, threw a spanner in the chase, and Canterbury went on to win by 13 runs with a fine display of death bowling, ousted 2019/20 champions the Aces finishing in fifth spot.

Williams finished as the regular season’s top wicket-taker with 18 at an impressive 17.50 average, one victim ahead of Northern Districts’ seamer Brett Hampton, followed by Otago Volt Michael Rae with 16.