Fletcher One of 5 Cantabrians Named in BLACKCAPS Touring Squad 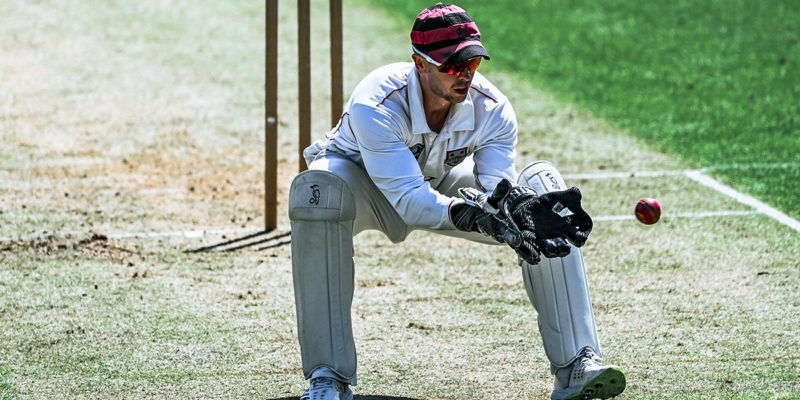 Canterbury wicketkeeper Cam Fletcher’s stunning Summer has continued into Autumn as the 29-year-old wicketkeeper batter has been named in the BLACKCAPS test squad to tour England next month.

This is Fletcher’s second BLACKCAPS call-up following the recent home test series against South Africa and the first that will see him leave New Zealand’s shores as he boards a plane in the coming weeks.

Speaking of his impending departure, Fletcher cannot wait to get in a toruing environment with the national side;

“to be given the opportunity to tour is an amazing thing. I never thought I’d be in this position early in my career and to be able to go to a place like England and potentially play international cricket is a dream come true.”

This won’t be Fletcher’s first time playing in England. The 2019 English Summer saw Fletcher swap his red and black Canterbury baggy for English club Sandwich Town’s blue and yellow. Fletcher is hopeful of a return to the club to reconnect with some former teammates;

“There will be a chance this year hopefully to catch up face to face. I’m still in touch with them all, still in team group chat which is nice.”

Out of the tuxedo and into the cricket whites, Fletcher leaves the country as a newly married man in what has been a whirlwind few weeks for the wicketkeeper batter.

Fletcher joins Canterbury BLACKCAPS stalwarts, Tom Latham, Henry Nicholls, Matt Henry and Daryl Mitchell, with the latter joining the team after a stint with the Rajasthan Royals in this year’s IPL.