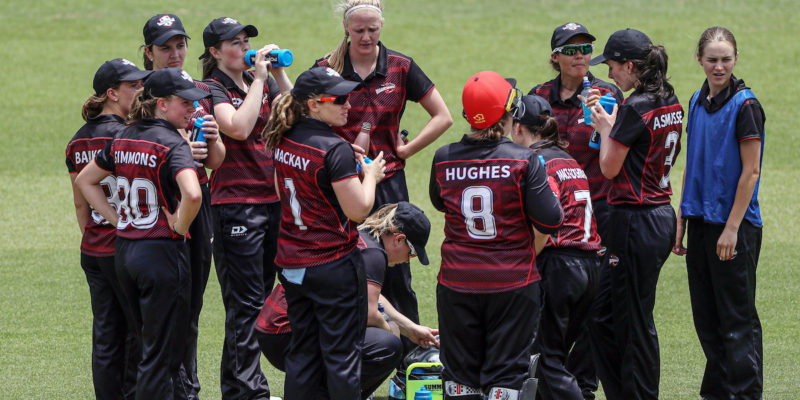 The Canterbury MAGICIANS will have the services of one new, and one familiar face this weekend with Kate Sims and Kate Ebrahim named in the squad to travel to Oamaru to face the Otago Sparks.

Sims, a Lincoln scholarship recipient made the move down to Canterbury from the Wairarapa earlier in the year and has impressed new Magicians coach Rhys Morgan over the winter.

“She’s a fantastic athlete and she’s got a bright future in front of her,” Morgan said.

“She’s done really well to make the squad for the first two rounds and that’s purely down to the hard work she’s been putting in at training”.

Ebrahim returns to the MAGICIANS after missing the 2019/20 season with the birth of her daughter and will be looking to pick up where she left off finishing second on the one-day run scorer’s list with an impressive average of 86.

“Kate’s been back down this week and there’s been a noticeable lift in terms of the way we’ve been training,” Morgan said.

“She’s been doing some really good work with her coach up in the Hawkes Bay and she’s more than ready to get into the season.”

Morgan said he was excited for the competition to get underway but would be lying if he didn’t have some nerves.

“The team have been working hard for the last four and a half months and they’ve had a fantastic pre-season,” he said.

“I’m looking forward to getting some games under my belt, but yes there are a few nerves there which I think is a good thing”.

Frankie Mackay will once again lead the Canterbury MAGICIANS after a successful 2019/20 season where she broke multiple records including becoming Canterbury’s leading run-scorer and wicket taker in both formats.

The MAGICIANS will be without the services of Amy Satterthwaite and Lea Tahuhu for the first four rounds of the competition as they compete in the WBBL in Australia and quarantine for two weeks on their return.

Play gets underway from 10:30am at Centennial Park in Oamaru on Saturday & 10am Sunday.