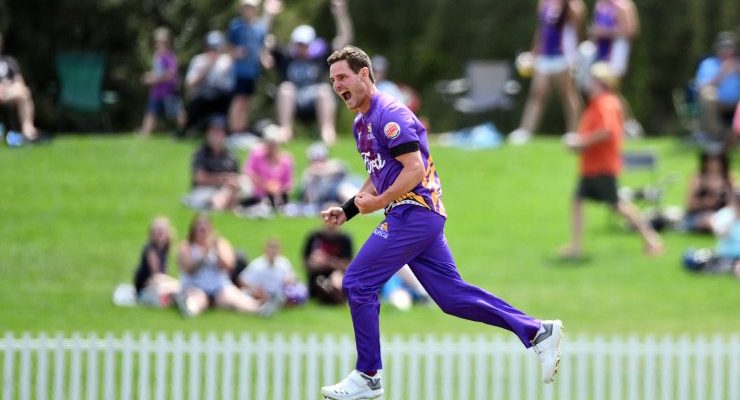 New Zealand’s premier male and female cricketers will light up the Burger King Super Smash in a series of double-header clashes this summer, as part of the 2018-19 NZC Domestic programme.

For the first time, the men’s and women’s Twenty20 domestic leagues will run side-by-side over the Christmas period, allowing fans to watch their local heroes compete in back-to-back games on the same pitch.

The integrated BK Super Smash will feature 16 double-headers, with seven of the combined match-days televised live on SKY Sport.

The Canterbury Kings & Canterbury Magicians will feature together, twice this Summer at Hagley Oval. We are extremely excited to see our two premier teams playing side by side on the same stage for all of our supporters to watch!

With only a 30 minute gap between games New Zealand Cricket have really taken the fans into consideration and set it up for a full afternoon’s entertainment.

GM of Domestic Cricket Andrew Rogers said aligning the two competitions was an important step and another demonstration of NZC’s commitment to growing the women’s game.

“We’re delighted to be showcasing our elite domestic cricketers as a double package this summer,” said Mr Rogers.

“I know there’s plenty of excitement amongst the teams about the opportunity to play alongside each other and display their talents on the same stage.”

“We’re hoping the new format will be a hit with the public and really whet the appetite for India’s international tour in January and February, which will also feature double-headers for our BLACKCAPS and WHITE FERNS.”

The BK Super Smash women’s competition will begin with a separate four-day T20 festival at Lincoln in October, before running concurrently with the men’s tournament over the Christmas period, with a Grand Final on January 20, ahead of the India series.

The BK Super Smash men’s competition will flow into February with an additional nine games live on SKY Sport, including the Grand Final on February 17.

Other features of the domestic schedules released today see the Plunket Shield once again start and finish the domestic season, although with two fewer rounds (eight) than in past seasons. This is off-set by an increased New Zealand A First-Class programme.

The Ford Trophy has been given its own window in October and November and has been increased from eight to ten rounds. This will be followed by a shorter finals process, in which the second and third qualifiers will play-off for a spot in the Grand Final, which takes place on November 28.

The historic Hallyburton Johnstone Shield for women’s one-day cricket continues for its second year since returning and will be played over five group-stage weekends throughout the season, culminating in a Grand Final on March 9.