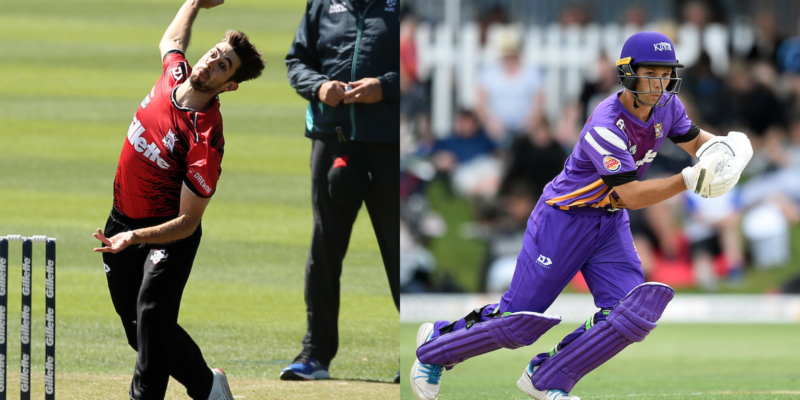 Two of Canterbury’s upcoming talents have been named in the second round of the domestic cricket contracting process. They are 28-year-old right-hand batsman Tyler Lortan and 27-year-old bowling all-rounder Sean Davey.

Davey first arrived on the Canterbury scene last season after moving south from Tauranga and was quick to impress the coaching staff, earning a callup into the Canterbury KINGS T20 side which he featured in three matches.

Lortan, originally from South Africa, has committed to New Zealand and shown some great form over the past three seasons in the Canterbury A setup, and was on track to make his first class debut for Canterbury before covid-19 ended the season prematurely.

“It show’s that we do develop players from within our programmes and this is highlighted by the performances and rewards these two have had,” he said.

“Having coached these two through our A programme, I’m excited to see them further extended amongst the first team.

“Lortan has shown consistent performances in the A squad in all three formats for some time now and has a great opportunity to fight for a position in our starting line ups, as well as learn off our BLACKCAPS and senior players in the process.

“Davey moved down last year and has transitioned well. He provides skill sets that every team desires. He is thirsty for knowledge and has a big desire to improve.”

Under the terms of NZC’s Master Agreement with the New Zealand Cricket Players Association, Lortan and Davey have until July 7 to accept or decline the contracts.

The full list of 16 players being offered contracts in the 2020/21 season are: