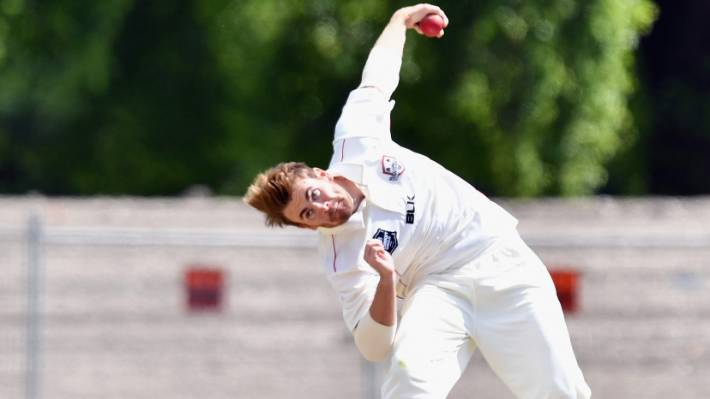 Canterbury Kings wrist-spinner Blake Coburn has been selected in the New Zealand XI squad to face England in two T20 warm-up matches against England at Bert Sutcliffe Oval in Lincoln.

The team will be captained by Colin Munro with fellow Auckland Aces star Lockie Ferguson making a return from injury.

The Aces fast-bowler has been cleared fit to play after fracturing his right thumb in Sri Lanka last month and will join BLACKCAPS teammates Tim Seifert and Colin Munro in the 12-man squad.

Munro will captain the side which features a mix of emerging talent and proven performers in the T20 arena.

After a six week lay-off Ferguson said he couldn’t wait to get back on the field.

“The thumb has healed well and I’m looking forward to having a hit-out at Lincoln,” he said.

“While it’s obviously frustrating to be side-lined, it’s actually been good to take some time to freshen up and be able to return with plenty of motivation and energy.

“It’s the beginning of a really big summer of cricket and it’s exciting to be starting it against a quality England side.”

The New Zealand XI will take on England in two T20 warm-ups at Bert Sutcliffe Oval on October 27 and 29 starting at 1pm each day with live-scoring at nzc.nz.