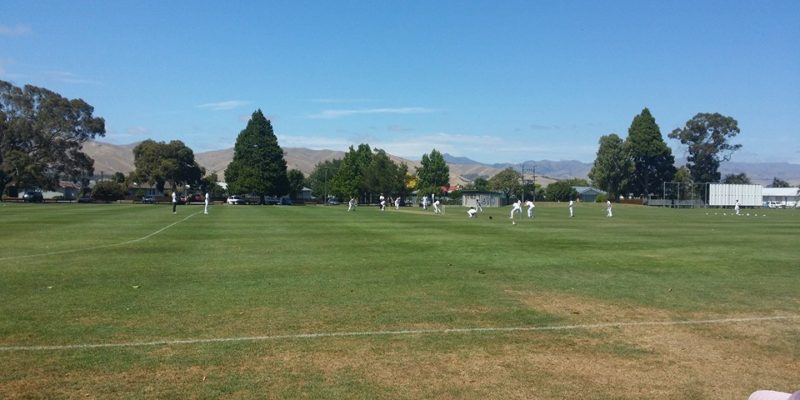 The Tindale Cup goes on the line this Sunday for the first time in seven years.

West Coast and Buller first competed for the venerable trophy in 1992/93.

There is an air of confidence and optimism around the Coast challenge this year. Players and administrators have made serious efforts to reinvigorate the game in Greymouth and Hokitika.

Sunday’s clash will be a real test of where West Coast cricket is at. Coast cricketers are well aware of the Buller Lions’ reputation as formidable opponents for any side in New Zealand minor association cricket.

The Lions’ brief 2016 tenure as holders of the historic Hawke Cup, the symbol of minor association supremacy in New Zealand cricket, did not go unnoticed on the Coast.

The preparation for Sunday’s game has been far from satisfactory for both sides. The West Coast players do have the benefit of the inaugural City v Country clash played at Arthur Fong Park on Sunday. Country won a tense encounter with three balls to spare. The Coast squad was finalised following the match.

In contrast, there has only been one round of club cricket in Buller. It’s an interesting looking West Coast team. Ten of the players who took on a Buller XI in a “friendly” encounter in Greymouth last season and, subsequently, a Canterbury Country development side at Mainpower Oval in Rangiora will take the field this Sunday. Coast took a win and a loss from those two matches.

The matches provided the Coast players with a significant opportunity to play quality opposition. Coast stalwart Brendan Marshall says it helped his team to “knit together the bones of a team” that will take the field against Buller on Sunday.

Who’s in the team? Troy Tauwhare, a NZ Rugby Heartland XV representative will hope that his experience of big match play on the football field will carry over to the summer code. He will open the batting with Greg Field who showed real class in last season’s representative fixtures. Nathan Coll will bat at first drop. He was the player of the year in both the 2017/18 and 2018/19
West Coast club competitions. The middle order comprises wicketkeeper-batsman Wayne Robbins, ex-Bullerite Scott Bermingham and captain Cheyne Marshall.

The Coast will take a number of bowling all-rounders into the fixture. Left-armers Cameron Doak and Brendan Marshall will be joined by Sean Gibson and Oliver Varley. Varley is a newcomer who earned his place in the team through form in Sunday’s trial match. The other newcomer is Alwin Francis, a new face on the West Coast cricket scene. The selectors are hoping his bounce and seam will unsettle the Buller Lions’ top order. Ezra Davies was named Coast’s “most promising player” two seasons ago. He will once again spearhead the attack and is expected to be even better for the experience he gained against quality batsmen in the latter part of last season.

On the other side of the coin, the Buller Lions side has a familiar look about it with a mix of youth and experience including many of the players who lifted the Hawke Cup in 2016. Michael Grafton, a mainstay at the top of the order for quite a few seasons now, will once again open the batting. The selectors have yet to determine who his opening partner will be. Hard hitting Athletic batsman Callum Lennon must be in the frame. The “Karamea Cowboy’ Frano Volckman follows at three with the experience and class of Andrew Duncan and Troy Scanlon to follow. Ben Pratt is likely to play at six. He has the ability to score big in this encounter. The seam bowling line-up comprises Sam Jope, Ethan Slee, Clinton Harvey, John Noble and skipper Troy Scanlon. Young Josh Roche’s left-arm offspin bowling will be important through the middle overs. Scanlon is relishing the prospect of taking on the old foe.

“It’s fantastic to see West Coast cricket bouncing back. Not playing them over the last few seasons has certainly left a big hole in our programme. We always enjoyed our encounters in the past. When I started playing, the games against West Coast were the ones we always targeted as our biggest games of the year.”

It is to be hoped that West Coast cricket will continue to gain in strength. It’s certainly good for Buller cricket to have a strong competitor in the neighbouring association. Scanlon says he expects West Coast to be a real handful on Sunday.

“They have some very good cricketers in their side and some young guys coming through. If any of our guys are expecting this is going to be an easy game they are very wrong”.