Clash with Stags a “must-win” for finals chances 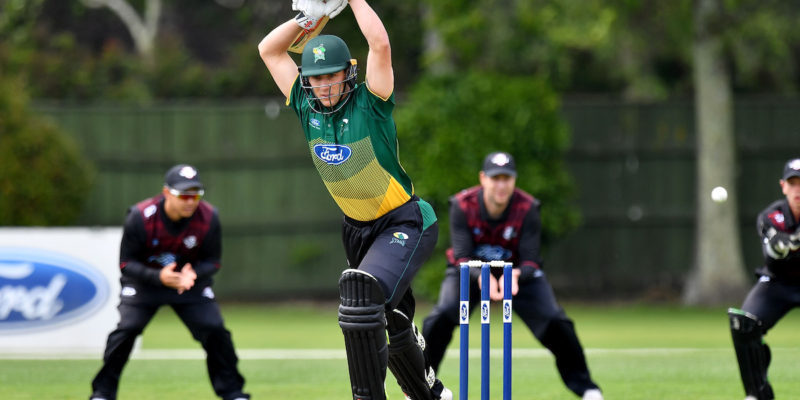 Canterbury are in must-win territory this weekend when they travel up to New Plymouth to face the Central Stags in the final round of the Ford Trophy.

Canterbury are currently third on the ladder, just one point above finals hopefuls, Northern Districts and Otago Volts who, alongside Wellington, are all fighting for two elimination final spots. The Auckland Aces have already clinched top spot and will host an Eden Park Grand Final on Sunday 16th February.

Although the Central Stags are out of finals contention, Head Coach Brendon Donkers is under no illusion it will be an easy feat.

“The Stags have an impressive white ball record and we certainly won’t be taking them lightly regardless of where they sit on the table.

“We’ve seen throughout this campaign and throughout the Dream 11 Super Smash that any team has the ability to beat another on the day and we know we need to be at our best tomorrow if we want to make the Ford Trophy finals”.

After a couple of setbacks, Canterbury will welcome back BLACKCAPS speedster Matt Henry into the 13-man squad.

“It’s always great to have the BLACKCAPS back into the Canterbury setup. Matt is a world class bowler with international experience and will provide us with another new ball bowling option,” Donkers said.

The 28-year old returns after being ruled out with a broken thumb suffered in the BLACKCAPS SCG Test and is the only addition to the squad that come off a narrow 19-run defeat to the Otago Volts on Wednesday.

Play gets underway from Pukekura Park, New Plymouth tomorrow at 11.00am.