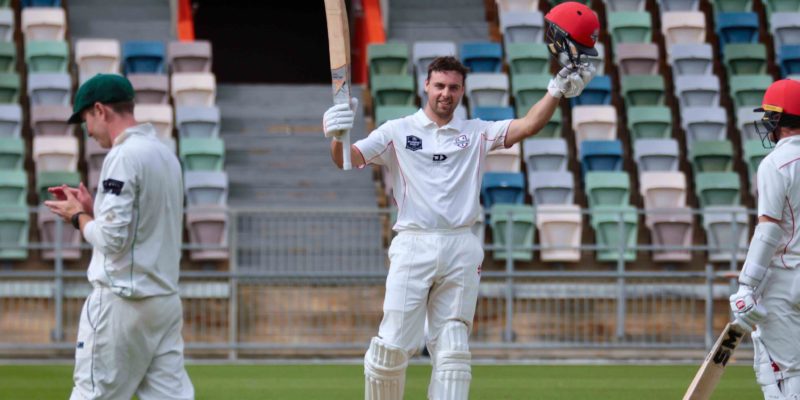 Leeston-Southbridge and Canterbury Country batter Harry Chamberlain is the latest cricketer to earn a professional contract for the 2021/22 season. After notching 132 against the Central Stags in just his second First Class game last season, Chamberlain will be looking to back up that performance when summer rolls around again.

“I’m just really excited to learn from the guys in the set-up. Canterbury was the dominant force last year so I’m just looking to contribute to that environment however I can.”

“Really exciting news having Harry receive his first contract and a really special moment for anyone to do so. He’s a really exciting player and a great man that will only add value to our strong squad on and off the park.”

Battling various injuries over the last few years almost made Chamberlain give up the game altogether; but a strong support network kept the dream alive for the 25-year-old right-hander, who is now reaping the rewards for his perseverance. Chamberlain says his family, head coach Peter Fulton, Canterbury Country mentor Shanan Stewart, and mental skills coach John Quinn have been vital to guiding him through what has been a difficult few years in and out of surgery.

“They sort of made me realise that you’ll be working your whole life but you’ve got a pretty small window to chase your dream so you should do anything to try take it.”

A 16th and final contract will be announced in the coming weeks.