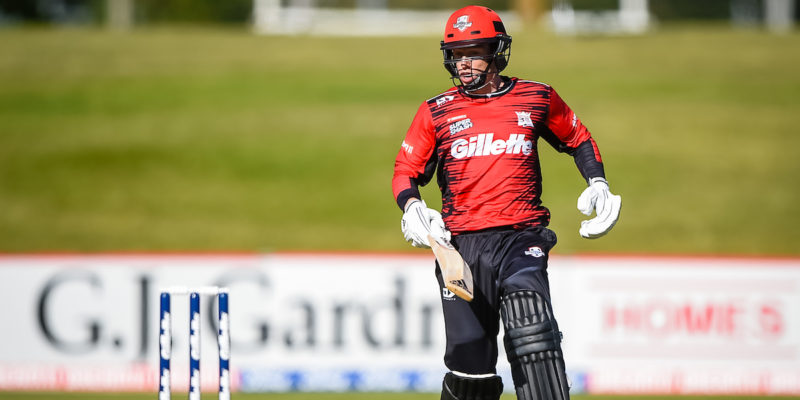 Leo Carter has been handed the captaincy reins for the start of the Ford Trophy campaign with Canterbury hosting the Wellington Firebirds at home.

The 25-year old left-hand batsman will replace regular skipper Cole McConchie who’s currently away on international duties captaining the NZ A side against West Indies A.

Carter said it’s a huge honour to be named as captain for Canterbury.

“It means a lot and it’s really special to captain the province I’ve grown up in,“ he said.

“Cole leaves a big gap, he’s a great leader and it’s awesome to see his hard work rewarded by leading the NZ A team.”

Canterbury coach Peter Fulton said Carter has a good cricket brain and understands the little things that go into leading out on the field.

“He’s pretty quiet, but he’s the sort of guy that when he does say something people will listen.

“He’s done a lot of captaincy with underage groups, so I’m looking forward to seeing how he steps up to the challenge.”

All three of Canterbury’s contracted BLACKCAPS have been named in the 13-man squad for the first round before Henry Nicholls and Tom Latham head to Hamilton on Monday to meet up with the Test squad.

Play gets underway from 11.00am at Hagley Oval in Christchurch Sunday, Spectator entry is free.