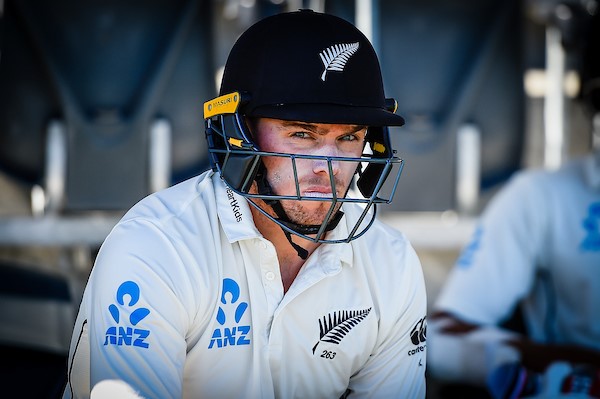 In a break from tradition and a nod to the current Covid-19 ‘Stay At Home’ provisions, the 2020 ANZ New Zealand Cricket Awards will be for the first time presented electronically – from Tuesday 11am this week.

The awards, which honour the outstanding contributors to the community, domestic and international game, will be announced over the coming four days with the Bert Sutcliffe Medal opening proceedings tomorrow, and the Sir Richard Hadlee Medal rounding out the celebrations on Friday.

Laura McGoldrick will be hosting daily video award packages featuring highlights and interviews with all the big winners, which will be showcased across all NZC social channels and at nzc.nz daily from 11am.

Here are our Canterbury winners:

NZC President Debbie Hockley had the honour of presenting Kim Cotton with the G.J. Gardner Homes New Zealand Cricket Umpire of the Year award following a season which saw the practising lawyer become the first Kiwi woman to stand in an ICC World Cup Final.

“It’s been a busy journey, but I’ve absolutely loved it,” Cotton reflected.

“I was a bit surprised to be asked to do the Final – it was an amazing experience. The atmosphere and the noise was unreal. I thoroughly enjoyed the game and it was so great to be part of.”

Cotton, who has just finished her tenth season of umpiring said her passion for officiating was as strong as ever.

“I’ve been doing it for a while, but I still absolutely love it. There’s something new every season. There’s always something exciting happening in various games whether at club or international level.

“I thought I had a good season this year and I think a lot of it comes down to constantly umpiring cricket.

“Through the Super Smash period I would be lucky to go four days without umpiring on the field. It kept my routine going and my eyes and ears focused.”

For the first time in seven years, the BLACKCAPS premier batting award has been won by someone other than Kane Williamson or Ross Taylor.

Latham scored 875 first-class runs in the awards period at an average of 46 and a top score of 224 for Canterbury in the Plunket Shield. He was also named in the International Cricket Council’s world test team of 2019.

For the first year, St Andrew’s College not only qualified for the Gillette Cup, but went on to win the title. As captain of the winning side, Rhys Mariu was a well deserving candidate for the Gillette Cup Player of the tournament, scoring 254 runs at 50.8 including a highest score of 104. He has since gone on to represent New Zealand in both the New Zealand Under-19 World Cup.

Toby has proven himself one of the most outstanding development officers in the country. The success and growth of junior cricket in the Canterbury Country region is all down to the hours of hard work Toby puts into the development of this vitally important aspect of cricket. He is both innovative and practical, while having the vital skill of knowing what works and more importantly what doesn’t. Toby has been at the forefront of the coach developer space for the past three years and is highly regarded by his peers and colleagues.