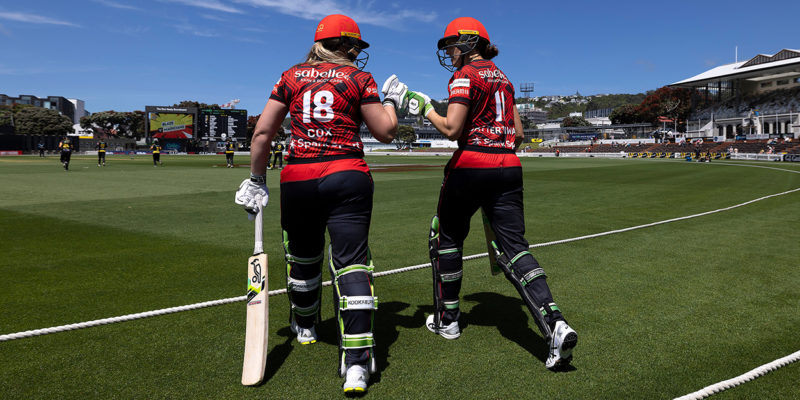 The Canterbury KINGS welcome back BLACKCAP Henry Nicholls into the squad and the MAGICIANS name a new young talent in their 12 to take on the Northern BRAVE at Bay Oval in tomorrow’s Dream 11 Super Smash fixtures.

Nicholls joins the men in their first appearance against the Northern BRAVE in this season’s Super Smash, looking to continue momentum from last week’s thrilling victory over the Wellington FIREBIRDS.

Both the KINGS and the BRAVE have won two games apiece, making valuable points on offer at The Mount tomorrow.

MAGICIANS Coach Rhys Morgan has named an up-and-coming young talent in 17-year-old Izzy Sharp in his 12 travelling to The Mount to take on the home side.

“A few injuries in the squad means we’ve got an opportunity to give a talented young player the chance to spend some time around the group,” Morgan said. “Izzy plays a very positive brand of cricket and has shown great form for club cricket so far this season.”

Sharp, who has been training with the MAGICIANS, said the phone call was “overwhelming and exciting at the same time.”

“I’m really excited for the opportunity and want to make the most of it. Wearing the uniform is a big honour,” she said.

Canterbury take on the BRAVE at Bay Oval tomorrow with the MAGICIANS kicking off at 3:10, and the KINGS at 6:40. Watch all the action LIVE on Spark Sport.

The Canterbury KINGS and MAGICIANS next play at home on Boxing Day, taking on the Otago VOLTS and SPARKS in the South Island derby. Tickets are on sale NOW!