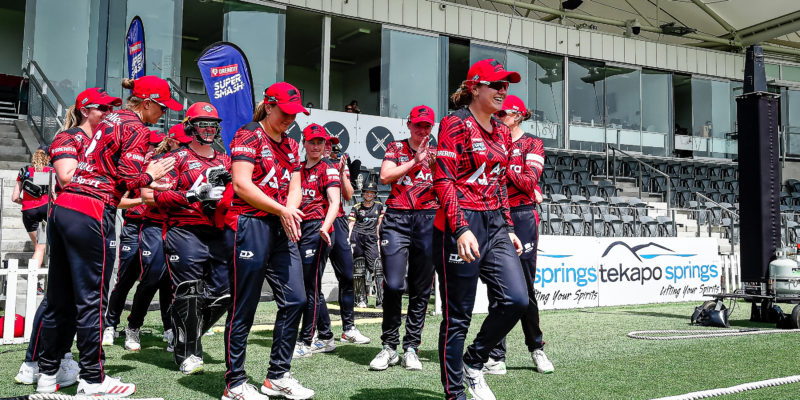 The Canterbury MAGICIANS and KINGS have named their squads for their upcoming Dream11 Super Smash Clash with the Central HINDS and STAGS on Friday night.

The MAGICIANS have named a squad of 13 players in the lead up to the game and will have one drop out based on the surveying of the Hagley Oval pitch on game day.

The MAGICIANS are coming into their first game in two weeks, with their last outing coming against the Wellington Blaze at Hagley Oval in the opening match of the Super Smash. The break from match time is something that Coach Rhys Morgan says has been great for his team.

“The break has come at a really good time for us, with quite a busy schedule this year, any free weekend is precious for our players to rest and refocus.”

“The HINDS had a really tough year with injuries last year, but they have the majority of their players back now. They’re a very good side, especially with the ball, and will no doubt test our batting line up. We back our skills with the ball against any team, so it’ll hopefully be a good matchup.”

Naming 13 players, Morgan spoke of the need for versatility when naming his side,

“We want a few options up our sleeve in case the weather impacts our game. Pitch conditions will play a small role as well, but I’m lucky to have a number of different players with different skills at my disposal so I’m confident in any side we put out on the park.”

MAGICIANS top-order batter Natalie Cox is on the cusp of playing her 50th T20 game for Canterbury, something Rhys Morgan says is very well-deserved,

“Nat brings so much value to our side. Her power-hitting at the top of the order can be a bit of a commodity in the women’s game so it sets her apart from plenty of other players. She’s worked incredibly hard for her 50th game so we’re hoping she enjoys it and celebrates well.”

The Canterbury KINGS will also be itching to notch their first win of the Super Smash season after a first round loss to the defending Champions, the Wellington Firebirds.

Naming two potential debutants in Will O’Rourke and Mitch Hay, coach Peter Fulton is excited at the prospect of blooding young talent.

“Will has been contracted since mid-winter and has been really impressive, he’s improved, he’s a great listener and he’s been 12th man for us two or three times now so I’m sure he’ll be itching to get out there. Whether he plays or not will come down to the pitch conditions.”

“Mitch [Hay] has come in with Henry Shipley being unavailable, wicket-keeper batsman, really talented player, strikes the ball really well and we’re hoping, if he plays, he can do a really good job finishing the innings coming in at six or seven and do a job for us running around in the field.”