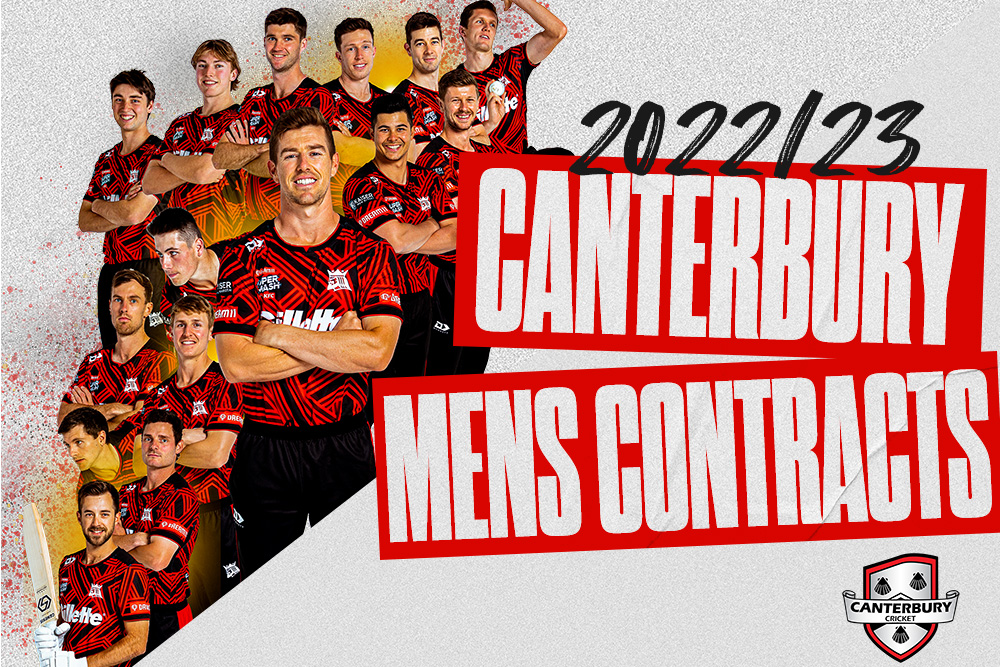 Foulkes and Hay have featured for Canterbury in seasons past, impressing the coaching staff and mixing well with the wider squad.

Matt Boyle has been involved in the Canterbury ‘A’ setup and has recently represented a New Zealand XI (along with Mitch Hay) in a number of games against the Netherlands. Boyle plays his club cricket at Old Boys Collegians, alongside fellow Canterbury players, Edward Nuttall, Sean Davey, Cam Fletcher and Ish Sodhi.

“it’s really pleasing to be able to offer contracts to Mitch, Zak and Matt. It’s great to be able to reward homegrown talent and I am looking forward to seeing them develop this season”

Canterbury Men’s captain, Cole McConchie is praising the depth of talent in the region ahead of a big season for the Canterbury Men,

“I’m really excited about the contracted group we have this year along with our BLACKAPS. We have a couple of new faces on the list this year and there’s some exciting talent coming through the system. It’s also such an exciting opportunity but also reward for Zak, Mitch and Matt and I wish them nothing but the best. After a couple of successful seasons, the team is building nicely and the depth in Canterbury is very strong. We’re all really looking forward to the upcoming season”

The team is moving from strength to strength, with last season seeing McConchie and Cam Fletcher rewarded with selection to BLACKCAPS’ squads, Will O’Rourke developing into a three-format player, Henry Shipley playing a vital role in all three formats and Mitch Hay filling the shoes of Cam Fletcher when required.

After Todd Astle’s retirement from Ford Trophy and Plunket Shield cricket, he is still undecided about his future on-field career. Astle has not been offered a first-round contract and will decide on his playing future sometime in the future. CCA will remain supportive of whatever decision Todd makes when the time comes.

Outside the initial 15 contracts, Canterbury also retains the services of Matt Henry, Tom Latham, Henry Nicholls, and Daryl Mitchell, and have acquired Ish Sodhi in an exciting move for the region’s cricket fans.