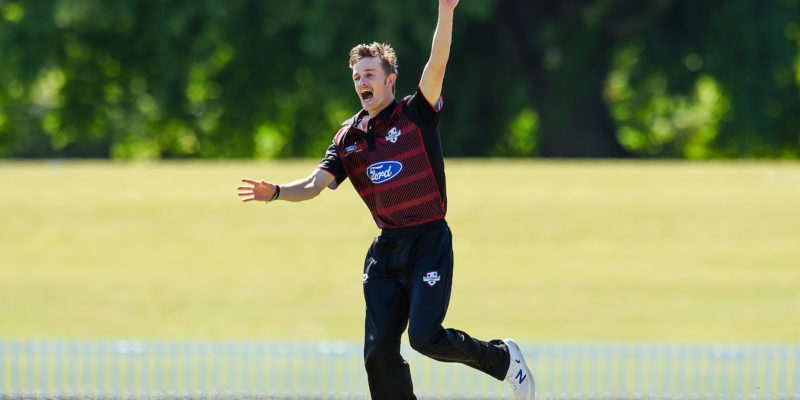 Canterbury has made it two wins on the bounce this afternoon with a clinical Ford Trophy victory over southern rivals the Otago Volts in Christchurch.

The Hagley Oval hosts had their visitors 102/6 chasing 293, wrapping up a 117-run victory with 11.1 overs to spare to also net their second bonus point on the bounce.

Earlier, opening batsman Chad Bowes top-scored for the red and blacks with 76, after captain Cole McConchie won the toss and batted.

Bowes took his side to a solid platform of 158 for two before he was finally trapped by Volts spinner Anaru Kitchen just before the 30-over mark.

Having strung together partnerships with half centuries from McConchie (an unbeaten 60*) and Stephen Murdoch (55), Canterbury reached a tally of 292 for five in their 50 overs, but the Volts struggled in reply – pace bowler Andrew Hazeldine picking up three of the top four inside the first 14 overs.

Hazeldine finished with an impressive 3-14 off just four overs, veteran Andrew Ellis picking up a brace at the back end to finish off the Volts, Michael Rippon left unbeaten on 48* for his side’s top score.

The win takes Canterbury into the lead on the Ford Trophy ladder, 2 points clear of the Auckland Aces in second.