Canterbury lean on experience as Ellis returns as captain 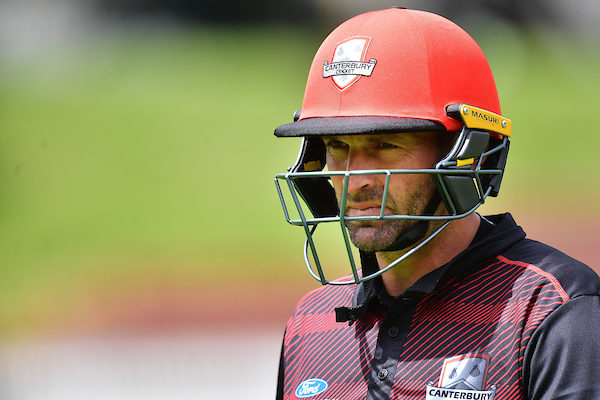 It has been almost two years since Andrew Ellis took his captaincy hat off, but the Canterbury veteran will once again lead his side for this Sundays Ford Trophy clash against the Auckland Aces.

The 37-year old will take the reins from regular captain Cole McConchie who is unavailable due to NZ A duties.

Canterbury Head Coach Brendon Donkers said: “Andrew is an experienced captain and knows what is needed to perform at this level. He led the team to the Ford Trophy title in 2016/17 and I know the responsibility of captaincy will bring the best out of him and the players around him”.

Canterbury are looking to continue their good Ford Trophy form where they’re currently sitting second on the table, behind the Aces.

Tom Latham (broken finger), Matt Henry (broken thumb) are unavailable due to injury, while Todd Astle was also not considered for selection with NZ A.

Canterbury will however, have the services of BLACKCAP Henry Nicholls who is set to play his first Ford Trophy match of the summer.

“We’re very fortunate that when they are available, all our BLACKCAPS are keen to get back in to the group. Henry is a world class batsmen and his international experience will be invaluable for us” said Donkers.