Canterbury Hold on for Draw in Plunket Shield Opener 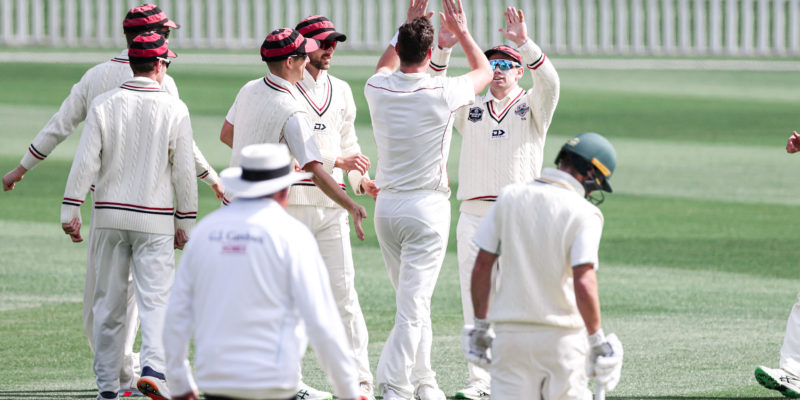 Winning the toss and choosing to bat, viewers could be forgiven for raising their eyebrows at the decision, especially after two quick wickets between Matt Henry and Edward Nuttall left the visitors reeling at 2-0. Wickets continued to fall with Nuttall, Henry and Will Williams sharing the spoils and by the 40th over, CD were 6-128 facing an uphill battle.

Enter Ben Wheeler and First-Class debutant Bayley Wiggins. The two went about compiling a momentum-shifting partnership of 183 over the course of Saturday afternoon and evened the odds after a rough start for the visitors.

The experienced Wheeler played the support role for the younger Wiggins, who finished with 133 off his 138 before being dismissed by the Canterbury’s senior bowler, Matt Henry. A strong contribution of 74 from Wheeler and 37 from Blair Tickner had the visitors finish on 369 early on Day Two.

Doug Bracewell and Ben Wheeler toiled for no luck early on as Latham and Bowes amassed 50 between them for no loss. No sooner had they passed the milestone did the unrelenting Blair Tickner remove Latham for his first of what would be a second 5fer in as many outings against the red and black. Tickner claimed the scalp of Chad Bowes thanks to a world-class piece of fielding on the boundary, as Jayden Lennox took a clean catch while tipping over the boundary, threw the ball back up in the field of play, and claimed it once again. Momentum began to shift in the favour of the visitors with two more wickets falling for 12 runs.

Cole McConchie and Cam Fletcher looked to steady the ship, compiling a partnership of 40 before McConchie was removed by Tickner for 29. Fletcher carried on in measured fashion with the determined Theo van Woerkom in support. The pair faced over 100 balls between them for the 6th wicket partnership, adding 51 runs, before Fletcher was caught at mid-on off Lennox, just 4 balls after he passed a half century.

Matt Henry came to the crease and kept the runs ticking over, finishing with 29 off 46, including 4 boundaries – but the pressure from an excitable Central Districts attack saw the Canterbury lower order cleaned up with the total sitting on 241. Canterbury trail by 128 going into the third innings.

With the unenviable task of batting out the final 10 overs, Greg Hay and Ben Smith strode to the crease. Henry and Nuttall shared the new ball with the latter catching Smith off the former’s bowling to end day two.

By the morning, the Hagley Oval pitch had flattened out considerably. After navigating the new ball, batting became noticeably easier for the visitors as Captain Hay and nightwatchman Lennox began adding to their lead. Lennox was the first casualty of the morning, bowled by Will Williams for a well made 43 off 78 including 7 boundaries. Hay anchored the CD innings as his men played cameo roles throughout, with Lennox, Schmulian, Cleaver and Bruce all making 35 runs or more. When all was said and done, The Stags finished with 326-6 declared with Captain Hay notching his 14th First Class Century.

The final hour of day three belonged to Canterbury. Staring down the barrel of a chase of 450, senior batters Tom Latham and Henry Nicholls strode to the crease (regular opener Chad Bowes moved to number 3 to allow for a concussion check after being struck in the face by the ball at the back end of CD’s innings). Latham and Nicholls were untroubled, navigating the new ball in the setting sun at the picturesque Hagley Oval to take Canterbury to 61-0 at the end of day three – with Canterbury needing 389 to win going into day four. 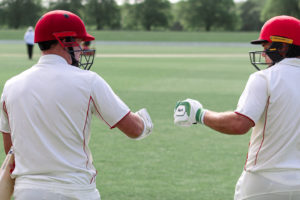 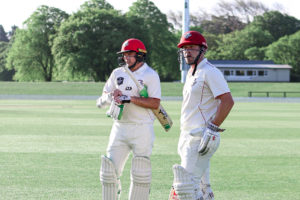 As the sun rose on day four, Nicholls and Latham picked up where they left off, leaving well and picking up runs as the shine came off the ball. The partnership peaked at 90 runs before Nicholls was bowled by the left-armer, Toole. After passing his concussion test, Bowes came to the crease and was caught by one that kept low from Wheeler – Canterbury 2-113 after 45 overs. Latham and McConchie combined for a partnership worth 72, before McConchie fell to Toole.

Canterbury then lost 3 in quick succession, bringing Cam Fletcher and Theo van Woerkom to the crease once again. Van Woerkom and Fletcher soaked up time and added valuable runs, notching their second 50 run partnership for the game. With rain and bad light looming, it was only a matter of time before the game would be called off. At just after 6:30pm on Tuesday evening, the game was called and the teams shared the spoils. 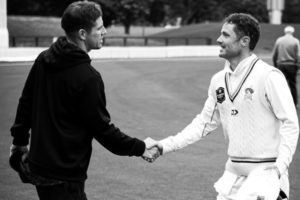