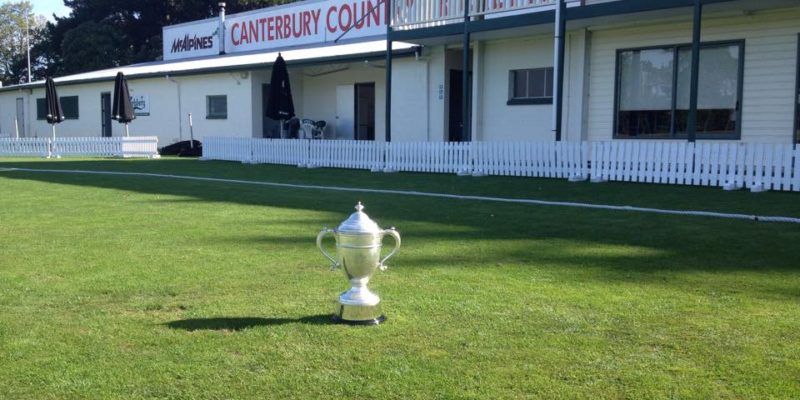 CANTERBURY Country have earned a Hawke Cup Challenge against Hamilton next weekend after beating Marlborough by five wickets in their zone final in Blenheim.

Sefton pace bowler Jed Roberts took five for 63 from 14.5 overs to help skittle the hosts for 186 after Canterbury Country won an important toss. The victory reversed the round-robin result between the two teams from a fortnight ago.

An unbeaten 70 from wicketkeeper Will Hamilton and 64 from veteran Shanan Stewart helped Canterbury Country gain a 131-run lead on the first innings as they made 317 all out and recovered somewhat after being 110 for five.

Marlborough entered the final day at 113/2 but they lost their last eight wickets for 109 runs which means the visitors needed 91 for victory. While wickets fell steadily in the chase, Rupert Young’s 46 helped Canterbury Country earn the win.

Canterbury Country coach Michael Sharpe praised Roberts for his swing bowling in the first innings and his two crucial wickets in the second.

“Jed swung the ball for the entire first innings and then got the fi first wicket for us on day three in the second innings which gave us a lot of momentum,” he said.

Sharpe said his batsmen were able to build partnerships when they needed them most which was an improvement on the previous encounter between the two teams.

He said he would discuss with Canterbury Cricket the possibility of them releasing domestic players like Will Williams, Fraser Sheat, Henry Shipley and Jack Boyle, all of whom will be in contention to play four-day cricket for the province.

Rhys Mariu who has just returned from the under-19 World Cup is another possible selection recall.