Canterbury bounce back with 7-wicket win 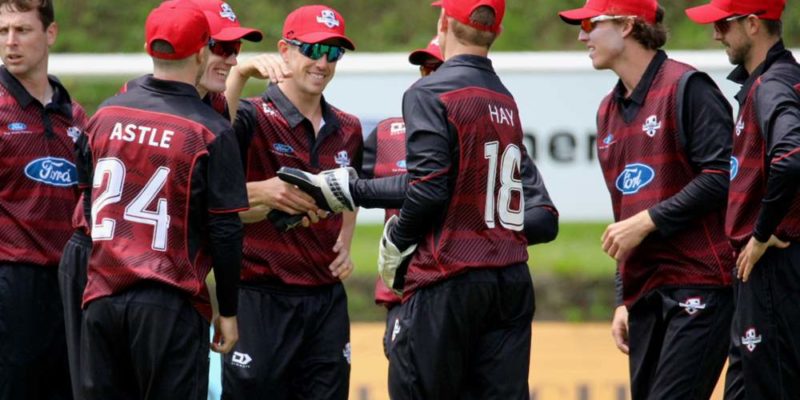 Canterbury held onto their tight Ford Trophy lead with a well-controlled performance at Pukekura Park.

The Central Stags meanwhile are left still searching for their first win as the competition reaches the halfway stage after a tentative performance.

Canterbury brought the sunshine with them to New Plymouth, but after some pre-Christmas wet weather locally the conditions were on the slow side and captain Cole McConchie was pleased to send in the hosts after he won the toss.

Young opening batsman Bayley Wiggins (59 off 75 on the same park that he reached his maiden century last season) and finisher Josh Clarkson (51 off 50 as he looked to boost an undercooked tally at the death) both reached half centuries for the Stags.

But they will have been disappointed with a total of 213, and to have been bowled out with an over in hand, immediately after Clarkson had reached his half century.

It was about 40 runs shy of par, Matt Henry leading the way with the ball with 3-28 off 10 while new Canterbury keeper Mitch Hay had a field day on debut behind the sticks as he marked his first List A cap  with three catches and two runouts.

Form Canterbury batsman Ken McClure backed up his two centuries from the previous two rounds with an unbeaten 61 not out as the visitors comfortably chased down the runs – with seven wickets and an emphatic 8.3 overs to spare.

Opening batsman Chad Bowes (a run-a-ball 59) and Leo Carter (an unbeaten 63* off 65 balls) had earlier combined to keep the chase well in control, despite relatively economical returns from Stags pacemen Ray Toole 92-53) and Seth Rance (0-21 off eight).

“The bowlers put us in a really good position,” said McClure, “so we didn’t have much scoreboard pressure. We could just apply ourselves and get the job done.”

The two sides meet again at Pukekura on Tuesday.