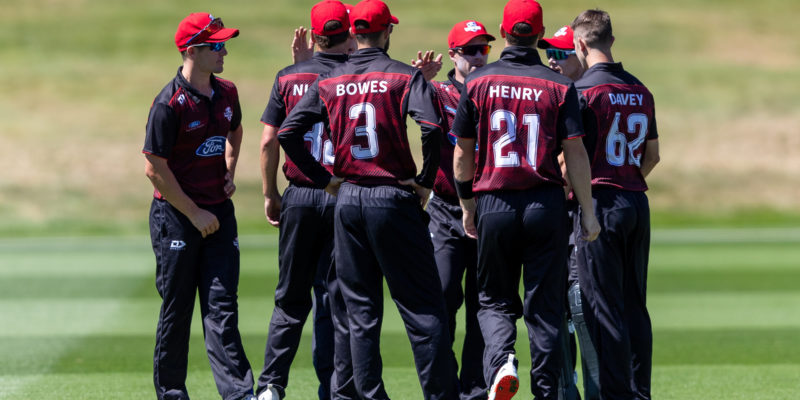 Canterbury will be at full strength tomorrow for their round 9 Ford Trophy clash against the Auckland Aces at Mainpower Oval.

The 12-man squad will feature a wealth of international experience with Todd Astle, Matt Henry, Tom Latham, Daryl Mitchell and Henry Nicholls all named together for the first time this season.

Tom and Henry both returned from injury last week, while in-form all-rounder Daryl Mitchell makes his way into the squad after missing last week with a side strain picked up in the Super Smash final.

Canterbury head coach Peter Fulton said it’s nice to have a full squad available at this time of the year.

“It’s great to have the luxury of having world-class players available when international cricket is on our shores.

“They bring experience, leadership, and seniority to the group which is extremely valuable as we head into the crunch rounds of the competition.

“The Aces are missing some key players, but they’re a good side and they showed that last week against the Central Stags.

“They’ve got some exciting young players that have performed really well lately, so we’ll have to be on top of our game to ensure we play finals cricket”.

With just two more round-robin fixtures, Canterbury is at the top of the table with 5 wins from 8 matches. One more win should secure a top 3 finals spot, while winning both will secure either a home Grand Final or home Elimination Final (2v3) at Hagley Oval.

The Ford Trophy competition centre for all results, stats and upcoming matches can be found here – https://www.nzc.nz/domestic/competition-centres/ford-trophy